There is a time when you are learning a foreign language when you know enough to ask all sorts of questions. 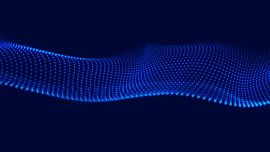 When you ask me a question, help me pitch my answer at the right level

You know enough to ask. But you know nowhere near enough to understand the answers.

I can ask “Where is the taxi rank?” in about nine languages but can only follow directions in half of them. And I am only really guaranteed to get there in fewer than that.

There is a pretty comical story of me and a friend trying to drive to Efes from Izmir and being all clever about following some back routes. And predictably we got lost and stopped for directions.

And I was determined to ask for directions in Turkish.

Which I did. And the man answered enthusiastically. Something about a chicken farm.

So I thanked him politely and walked back to the car convinced that I had misunderstood because there is no reason why he would speak to me about a chicken farm when I was asking about ancient Efes.

Anyway, we retraced our steps, back to the motorway, went the long way only to meet some folks later that evening who told us that there was indeed a shortcut from where we originally were, skirting a chicken farm.

Why do I tell you this?

Because it applies to fintech. It really does.

We have been doing this work for a decade and a half. Engaging with change. Learning new things.

And although learning is hard and humbling, the banking ecosystem (bankers, regulators and FIs) have embraced it. With reluctance or panache, they have embraced it. The last 15 years have been about learning first and foremost. New words, new ideas, new technologies and business models and new ways of working.

Our pace of learning is grudging at times, encumbered by the ‘day job’ in others and, across the board, slower than the pace of change.

Plus, contrary to what many corporate bods may have thought (or may still think), change is not waiting for us.

We treated the disruption as a learning curve for all this time and that was absolutely right, but we forgot it’s not standing still, and our learning needs to keep pace with change or we will be forever falling behind.

Not even staying where we are but perennially and continuously falling increasingly behind.

Realising this simple fact means we need to be very proactive about our learning and very open about the limits of what we do know.

Being able to do this is a superpower, and that is where the language analogy comes in handy. Because I am increasingly aware of bankers asking me clever clogs questions (genuinely good questions, albeit open-ended), and you can see how happy they are with themselves when they ask as well.

And once they ask – in situations where they are the client, or they are a panel for something or other and I am an expert witness – and I start answering… you can tell that they don’t understand the answer.

They asked you where the bakery is in French but they don’t have enough French to understand that I just said ‘it’s past the post office, tucked away a little bit from the road and facing into an alley so it’s easy to miss. Look out for the red awning’.

They heard me mention the digital equivalent of the Turkish chicken farm and have now gone down a tangent of their own. Silently.

It happens to me a lot.

I am asked a question.

And as I answer, I can see the person who asked has no idea what I am talking about.

They may have asked about the thing I am taking about, but they don’t know enough about it to understand my answer, let alone challenge it.

How do we help? Is it incumbent upon the person speaking to slow down and explain?

That’s where the language-learning analogy becomes a gift that keeps on giving.

Because it helps us understand that the onus of determining how much you understand is on you, the person asking the question.

Because here’s the thing.

If I ask you a question in French, I want you to answer me in French.

In fact, you should expect me to expect an answer in French.

My sister’s Italian-speaking ex-boyfriend would patiently sit there waiting for me to string a sentence together, even though his English was far superior to my Italian, because I wanted to practice. My intent and my limitations were set by me. He played within the parameters of my ability.

OK, the limitations were less set and more grudgingly accepted, but you catch my drift.

When you initiate dialogue in a language, it is upon you (the initiator) to set the expectations of how fluent we are here.

Now think of this in terms of domain knowledge, not language.

And I only realise this gulf exists once you’ve asked a follow up question and I see that, not only have you not understood me, but also the things you think you know are wrong. You don’t know them at all. They don’t mean what you think they do.

Whose responsibility is it to pause, rewind and explain?

If you don’t ask a follow up question, am I to assume you are conversant in the language you asked the question in?

If you ask me about the application of open banking standards, I expect you to be conversant in the language I will use to answer.

It is incumbent upon you to tell me how fluent you are and if you need me to slow down.

Signal this is a foreign land for you. This is important. And non-negotiable.

As someone who lives in a language other than my own every day of my life (we are back to actual spoken language now, not domain expertise), I feel very strongly about this.

I don’t like being patronised. If you pick up on my accent and start speaking slowly and loudly and ask me if I understand you (it still happens occasionally), or if you congratulate me on my English, then you are patronising and off my Christmas card list.

I learned this language, not on my mother’s knee but I learned it and I may well speak it better than you so don’t assume lack of understanding because my accent says I didn’t grow up here.

My friend Jess (hi Jesso) still laughs about the day I asked her what a dandelion was.

I saw it on a package. Dandelion tea. In a supermarket.

I didn’t know what it was and there she was, my native-speaker dictionary on legs.

She wet herself laughing. We had been talking about transubstantiation a moment before.

How can you know this and not that?

A foreign language is an uneven landscape and that is the point. If it isn’t where you grew up, what you know and what you don’t know is only known to you and may be random.

So when you are foraging into this digital domain of ours and ask a question, help me pitch my answer at the right level. Tell me how much of the language you actually understand.

There is no shame in it.

In fact, it’s pretty damn awesome and how learning works for all of us.

So when we recruit, when we interview vendors, when we invite expert panellists and advisors and we ask questions, let’s make it about the process and the dialogue and the outcome rather than point-scoring and sounding smart by asking “Where is the taxi rank?” in German only to look blank when the answer comes. Let’s build on the mindset that said “This is a learning curve,” and embrace it in a way that spills out of the lab into our everyday life.

We speak of folks who are digitally native. We know the difference between those who grew up here and those of us who learned the language. We call it. But we don’t use it.

You are speaking a foreign language, fine.

Help the natives understand how well you speak it. They want you to understand them. That is the point of communication. They don’t want to patronise you by assuming you don’t understand. So help them out by sign-posting how much you know, where you need them to back up. Or, where you may not sound as fluent as them but you understand what they just said actually.

Because that is another stage the student of languages reaches. That stage where you understand a lot more than you can say.

You can laugh at a joke someone just said. But you can’t tell a joke.

You can follow a story. But can’t quite re-tell it, not with quite the same gripping cadence.

You can immerse yourself in what the experts tell you, you can engage. You don’t know what they know but know enough to follow and learn and get to where you are going.

Maybe you are halting in describing technical minutiae but you understand when your team explain non-functional testing principles or why you should care about Web3 and what you don’t understand, you ask. That’s how you learn. That’s how you develop as a person and a professional.

And that, by the way, is how you find your way to the bakery, the post office and the taxi rank.

Not by knowing it.