Spend management platform Payhawk has become Bulgaria’s first unicorn after raising $100 million in a Series B extension round, valuing the company at $1 billion. 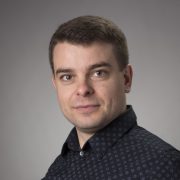 The extension follows an initial $112 million Series B raise three months ago, which Payhawk at the time claimed was the second largest Series B for a B2B company in the Central and Eastern Europe (CEE) region after UiPath.

Payhawk will use the cash to hire across its product, sales and marketing teams as it expands its presence in the mid-size enterprise market and continues its global expansion plans.

The company’s headcount is set to triple from 100 to more than 300 by the end of this year.

It will add 60 senior software engineers to its product team in Sofia to meet growing customer demand for new features like mileage tracking and per diem, in light of the return of business travel.

Payhawk serves businesses in 30 countries across a variety of industries. The company wants to become a catalyst for the Bulgarian start-up ecosystem and has offices in London, Sofia, Berlin and Barcelona.

Following the raise, Payhawk is set to open offices in Amsterdam and Paris in March and New York in September.