Payments and expense solution provider Payhawk has raised $112 million, taking its valuation to $570 million three years after its inception. 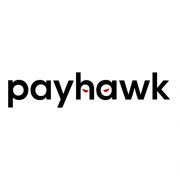 Payhawk says it has customers in 27 countries

The Series B round was led by San Francisco-based Greenoaks. All existing investors participated in the round, including QED Investors, Earlybird Digital East and Eleven Ventures.

It comes only seven months after Payhawk’s $20m Series A financing, which was also led by Greenoaks.

Payhawk claims this is the second largest Series B for a B2B company in the Central and Eastern Europe (CEE) region after UiPath, and is the largest and fastest Series B in the spend management space across Europe.

Payhawk says it has customers in 27 countries for its company cards and spend management platform and intends to continue its global expansion with new offices in the US, Netherlands, France, Australia and Singapore, to add to existing ones in London, Sofia, Berlin and Barcelona.

It will also use the new funds to accelerate its product roadmap with the launch of a credit card in Q1 2022, and low-cost cross-border transfers as an alternative to SWIFT payments.

During 2021, Payhawk has introduced three percent cashback on all payments, new enterprise features, free bill payments, and support for Apple Pay and Google Pay in 30 countries.

Since its Series A round, transaction volumes through the platform have increased more than sixfold. Customers include ATU, Luxair, Flink, Viking Life, Wagestream and Zenloop.