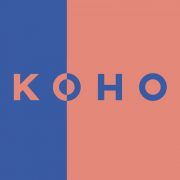 Canadians are looking for something different, says Koho

The round was led by Eldridge and saw participation from existing investors Drive Capital and TTV Capital alongside additional investments from HOOPP, Round13 and BDC.

The firm says the investment is one of Canada’s largest fintech funding rounds.

Since completing its Series C extension round in March 2021, the company claims to have surpassed 500,000 users.

Koho CEO and founder Daniel Eberhard says: “I think our growth is evidence that Canadians are looking for something different.”

Founded in 2014 and based in Toronto, the fintech platform offers a zero-fee savings account as well as insurance and credit-building products, which it says are designed to address the needs of Canadians living paycheque to paycheque. Its accounts come with a prepaid Visa card, which is issued by Peoples Trust Company.

“Democratising access to wealth creation means giving people financial security to spend more time with family, own a home or save for tuition for their grandkids,” Eberhard adds.

Koho says it will use the cash to turbocharge its growth, expand into new product verticals and almost double its workforce from 250 to 400 employees.