Canada’s BMO acquires Bank of the West from BNP Paribas in $16.3bn deal

Canada’s BMO Financial Group has signed a deal with French banking firm BNP Paribas to acquire its US-based subsidiary Bank of the West in a deal worth $16.3 billion. 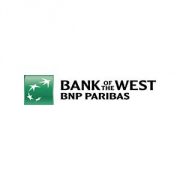 Bank of the West claims around 1.8 million customers

The firm describes the acquisition as the “natural next step in BMO’s North American growth strategy” and will see BMO expand its presence into new markets across the Midwest and Western United States.

BMO is currently the eighth largest bank in North America by assets, boasting $988 billion in assets under management (AUM).

Darryl White, CEO of BMO Financial Group, says: “This acquisition will add meaningful scale, expansion in attractive markets, and capabilities that will enable us to drive greater growth, returns, and efficiencies.”

Based in San Francisco, Bank of the West currently has more than 500 branches and offices in 24 US states. It claims around 1.8 million customers and $105 billion in AUM.

Bank of the West CEO Nandita Bakhshi says the acquisition will allow the bank “to help even more customers achieve real financial progress”.

Originally founded in 1874, the bank was acquired by BNP in 1979 and merged with the French Bank of California.

The deal effectively marks BNP Paribas’ exit from the US retail and commercial banking market, although group director and CEO Jean-Laurent Bonnafé says the firm’s set-up in the US “remains a strategic pillar for the development of our Corporate and Institutional franchise”. Funds from the sale will be used to boost its organic growth in Europe.

BMO adds there is “no planned closure of Bank of the West branches in connection with the transaction” and it is committed to retaining branch employees.

The transaction has been approved by the boards of both BMO and BNP Paribas and is expected to close by the end of 2022, subject to customary closing conditions and regulatory approvals.

Once completed, BMO intends to merge Bank of the West into BMO Harris Bank.