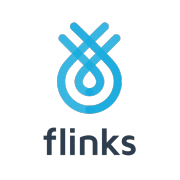 Flinks will onboard over 300 fintechs on to OBE platform

The product will allow fintech start-ups to securely access consumer data from financial institutions without the need for screen-scraping.

National Bank is the first financial institution to use the product, with budgeting app Moka as the initial fintech partner. Over the coming weeks Flinks says it will onboard the more than 300 fintech start-ups in its ecosystem to the platform for their National Bank connections.

Montreal-based Flinks was set up in 2016 and is focused on financial data connectivity in Canada.

Flinks’ COO Dominique Samson tells BetaKit that Flinks was in early-stage talks with a few other banks, and “interest is definitely there”.

“If, eventually, all the banks adopt it, that means we basically end screen-scraping in Canada.”

Canada is only moving slowly towards open banking. The Advisory Committee’s final report came in August, after months of delays. The report called for the government to introduce the first stage of open banking by 2023.

The report did not rule on accreditation for third parties. In the interim, Flinks and National Bank have introduced their own accreditation criteria for fintech startups looking to access the platform, based on market standards.

Philip Barrar, chief innovation officer at Mogo, which acquired Moka in March, tells BetaKit that he felt OBE to be a “big step forward” in open banking and said he hoped it would inform the federal government’s regulatory development.

National Bank made a $103 million CAD investment in Flinks in August, including $30 million CAD in growth capital. The transaction, which saw National Bank buy out undisclosed investors, gave the bank an 80% preferred share equity in the company.