Ryan Breslow, founder of e-commerce checkout fintech Bolt, has confirmed he is no longer CEO of the company he founded seven years ago. 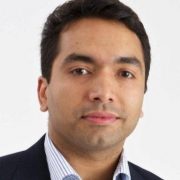 Breslow announced on Twitter that Bolt’s chief operating officer (COO) Maju Kuruvilla, who has been at the fintech for just over a year, will lead the company going forward.

Breslow says the decision was his own and he will now take up the role of executive chairman, focusing on landing deals, fundraising, acquisitions and “driving culture”.

Prior to Bolt, Kuruvilla spent eight years at Amazon as “one of the key execs”, Breslow says, managing Amazon’s worldwide fulfilment tech and its global logistics business end-to-end.

Breslow took to Twitter to dispel rumours circulating that he had resigned following media coverage of Twitter posts in which he had called Silicon Valley a “boys club” and referred to Y Combinator and competitor Stripe as “mob bosses”.

Speaking to the New York Post, the 27-year-old Stanford grad alleged large Silicon Valley VC firms threw up obstacles when it came to investors interested in his company.

Bolt recently raised $355 million in the first part of a Series E funding round just three months after a $393 million Series D round. Bolt’s total funding to date now stands at nearly $1 billion.