German digital bank N26 has confirmed its chief operating officer (COO) Adrienne Gormley will be leaving the company in April. 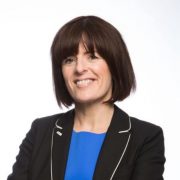 N26 says Gormley is leaving to “pursue other challenges”

N26 says Gormley has “played an important role” in scaling its operations division since joining the company in October 2020.

Prior to joining Dropbox in 2014, Gormley spent seven years at Google. During her time at the tech titan, Gormley managed multi-million-dollar product localisation in EMEA.

At N26, Gormley will pass her responsibilities to chief financial officer (CFO) Jan Kemper, who joined the firm a year ago, and who will take on the roles of both COO and CFO going forward.

Gormley has not disclosed where she is headed. N26 states she is leaving to “pursue other challenges”.

In October, N26 raised $900 million in a new funding round which valued the fintech at $9 billion.

In November, the German neobank said it would discontinue its US operations and no longer serve US customers after 11 January 2022, focusing instead on its European business.

The fintech also said it wants to expand beyond current accounts into other verticals including investment products.