ABN Amro Bank’s chief innovation and technology officer (CI&TO) Christian Bornfeld is to leave the Dutch bank on 1 May 2022 after four years at the company. 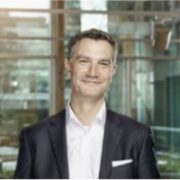 The bank says Bornfeld has accepted a new position closer to his home in Denmark that will allow him to spend more time with his family.

On Bornfeld’s departure, ABN Amro CEO Robert Swaak says “it is with great regret that we will see him go”, adding that he has been a “driving force” for the bank in recent years.

Bornfeld is one of the architects of the bank’s digital strategy, Swaak adds, and has been “instrumental in future-proofing the bank’s IT landscape”.

Bornfeld says: “I firmly believe in the current strategy and in ABN Amro’s ability to be successful as a personal bank in the digital age. I’ll be following the bank’s progress closely for years to come.”

Prior to his time at ABN Amro, Bornfeld spent several years at Nordic multinational Nordea in Copenhagen and Stockholm. There, he held roles in IT and digital banking before progressing to become chief operating officer (COO).

Before Nordea, Bornfeld also held senior roles at Danish bank Danske in Copenhagen, heading up the bank’s IT and business development implementation before becoming senior vice president, responsible for IT development and corporate and institutional banking.

The third largest bank in the Netherlands, ABN Amro says the process of finding a new CI&TO is now underway.