ING chief innovation officer and head of ING Neo Annerie Vreugdenhil is set to leave the firm to join the executive board of ABN Amro as chief commercial officer, personal and business banking. 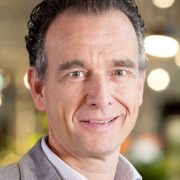 She will leave ING as of 31 December 2021 and will start at ABN Amro on 1 March 2022, subject to regulatory approval.

Steven van Rijswijk, CEO of ING, says: “Over the past years, Annerie was instrumental in reshaping ING’s innovation approach, leading the effort to combine all innovation activities into one dedicated business area called ING Neo.”

Until a permanent successor is appointed, Jeroen Plag will take on the additional role as head of ING Neo and CIO, alongside his tasks as head of corporate strategy.

Plag in his current role is already involved in ING Neo’s strategic activities such as the Innovation Fund and ING Ventures. ING says he will be working closely with Vreugdenhil and her management team to ensure a smooth transition.

Vreugdenhil has been with ING even longer, joining in 1992, and has held various positions before taking her current role in 2021.