Business-focused neobank Open has acquired Bangalore-based start-up Finin in a deal worth $10 million. 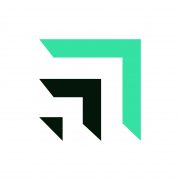 Finin is Open’s second acquisition of the year

The deal marks Open’s second acquisition of the year after the firm picked up GST automation start-up Optobizz in February for $5 million.

Open CEO Anish Achuthan writes on LinkedIn that the acquisition of Finin’s neobanking platform will complement his firm’s “BankingStack” enterprise offering, which he describes as a “cloud native fintech OS for banks to launch innovative digital banking experiences on top of their existing legacy core banking infrastructure”.

Achuthan adds the company’s BankingStack solution is currently being used by more than 17 banks in India and Southeast Asia.

Open was launched in 2017 as a digital bank for small and medium-sized enterprises (SMEs).

Its key offering is a digital business account that comes with integrated GST (India’s Goods and Service Tax) compliant invoicing, bookkeeping, payments, and a credit line that is available on desktop and via a mobile app.

The acquisition caps a busy year for Open. The firm secured $100 million in a Series C funding round led by Temasek and featuring Google back in October. Tiger Global, 3one4 Capital, and SBI Investment also participated.