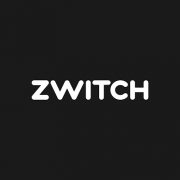 Zwitch has been in beta for the past 6 months

Designed to help brands, fintechs and businesses launch financial services such as banking and payments, the platform also has low-code and full stack API competencies.

Open says Zwitch, which has been in beta for the past 6 months, has already helped 10 start-ups embed financial services, the latest being Indian insurtech Fedo.

Zwitch handles the banking partnerships, compliance and technology through its network of partner banks in India.

Open co-founder and CEO Anish Achuthan says: “Since Open has already built partnerships and infrastructure connectivity with over 14 banks, we built Zwitch so that these capabilities and infrastructure can be leveraged by other brands to embed various financial services like banking, payments, lending, cards and more.”

Launched in 2017, Open claims to be Asia’s first neobank for small and medium-sized enterprises (SMEs).

The Indian challenger recently secured backing from Google and Temasek in a $100 million Series C round.

It acquired GST automation start-up Optobizz in February for $5 million, a move designed to underpin its expansion to support tax practitioners and accountants.