Fintechs are from Venus, banks are from Mars – and VCs can be the matchmaker

While undoubtedly belonging to the same universe, the differences between fintechs and banks can at times seem vast. 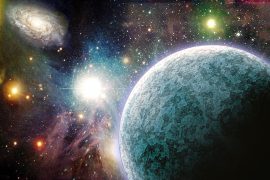 Collaboration can be difficult when two parties come from alien ecosystems

Fintechs move fast, measuring time in days and weeks. If a fintech says they are launching a product imminently, that may mean next month, or next week.

Banks move slower, measuring time in quarters and years. If a bank says “soon” it may mean in three quarters or perhaps the following year.

On the other hand, banks are stable. As I like to say, if the CEO of a big bank does not show up to work for a year, 90% of the business if not more would likely still be there upon their return.

Fintechs are volatile. Revenue may spike by 10x or even 100x in a short period of time, but if the founder of a fintech does not show up to work for a year, 90% of their business, if not more, may be gone when they return.

The differences surely go on, but it is also useful to frame these differences in the context of the commonalities between the two camps.

To start with, both banks and fintechs are here to serve their customers in the broader realm of financial services. That means they all operate within the broad remits of either storing, moving, lending, investing, or creating money. They all have products, almost always do some form of marketing, and look to grow their market share by solving the problems of their customers.

So beyond existing under the laws of the same universe, we may in fact say that fintechs and banks actually exist in the same solar system, revolving around the same sun, but are very much different planets.

And just as Mars was possibly once a green and lush planet, many a bank were once upon a time nimble start-ups themselves. Planets change. And by extension of the same logic, the fastest moving fintechs of today may very well become the stable, slow giants of tomorrow.

Hence, given that banks and fintechs are approaching the same customers and same problems within financial services, albeit from very different starting points and perspectives, it only stands to reason that there should be much to gain from collaboration between the two.

The catch, of course, is that collaboration becomes very difficult when two parties come from alien ecosystems and don’t necessarily speak the same language.

This is where VCs can step in to play a critical role as translator, facilitator, and in some cases, matchmaker.

A VC that is simultaneously able to speak both “bank” and “fintech” can engage with banks to help curate the fintech landscape, explaining what can be transferred into the world of banking.

Mobile app-based neobanks have a lot of embedded learnings on how to move to a branchless world. Lending to small and medium-sized enterprises (SMEs) is not easy, but there are now new fintechs out there that are unlocking new sources of data and information that can take a seemingly risky customer and convert them into a very low-loss lending proposition in what we call “21st Century Lending”.

Such a VC could also help explain to banks which strategies may not work. An acquisition of a fintech is very difficult indeed. A bank contemplating such a strategy would have to think very hard about how to avoid adverse selection (the best fintechs may not want to sell to a bank, or else they may always appear to be overvalued from the perspective of the bank), how not to extinguish the creative spark within the fintech once an acquisition is done, or how to incentivise the most creative employees to continue their contracts under the umbrella of the bank.

More importantly, an acquisition may not always be the most appropriate tool. Sometimes it is better for a bank to partner with a fintech. Such partnerships can result in win-win situations for both parties, but only if they are set up correctly. In certain cases, exclusivity may be needed, whereas in certain cases it is better for one fintech to partner with many banks. This question goes back to the academic framework of how to optimally draw the boundaries of a firm.

To take one example in the world of lending, provided that a bank fully understands the policies and procedures of a fintech, it may be better for the fintech to remain independent, with the bank supplying the balance sheet. In such an originator model, the bank would get a predictable set of assets on its balance sheet for a predetermined fee, while the fintech would retain its independence and incentive structure.

To continue with the same example, a VC that understands both parties at the table would be able to explain to the fintech that the funding provided by the bank may be more preferable to other funding sources such as a specialised debt fund. The right course of action is of course highly dependent on the situation.

In closing, the differences between banks and fintechs may seem vast, if not outright insurmountable, but the right kind of VC can act as a bridge between these two worlds, creating collaborations that benefit from the differences while building on the commonalities.