German tax compliance platform Taxdoo has closed a $64 million Series B funding round. 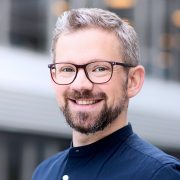 The round was led by Tiger Global with participation from existing investors Accel, Visionaries Club and 20VC.

It comes 11 months after its $21 million Series A and takes the firm’s total funding to date to $85 million.

Brexit and VAT reform in the EU made 2021 an “eventful year”, says Taxdoo co-CEO and founder Christian Koenigsheim.

“After Brexit became a reality and fundamentally changed the VAT treatment of e-commerce transactions in the UK, we were also confronted with arguably the biggest VAT reform in the EU since 1993: the so-called One-Stop-Shop.”

Koenigsheim adds the considerable additional tax complexity that resulted from these two events “highlighted the important role of an integrated financial compliance platform”.

Taxdoo says the latest round of funding will go towards building out its financial operating system for e-commerce.

This will be comprised of apps drawing on financial data that automatically considers all applicable regulations, covering VAT, invoicing, accounting and payments.

Third-party developers will also be able to contribute their own apps and integrate their solutions with Taxdoo.

The cash will also be used to fuel the company’s expansion into other international markets, Koenigsheim adds.