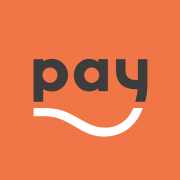 Papaya was founded in 2016 by Patrick Kann and Jason Meltzer

Papaya’s app allows users to pay their bills simply by taking a photo. The start-up says its artificial intelligence-powered “bill understanding technology” can read and process invoices based on the photo taken and can “reach every single business in the United States that issues bills”.

Papaya says its offering has been designed to help “reduce everyday Americans’ bill pay stress” as well as help businesses “get paid faster and more often”.

Founded in 2016 by Patrick Kann and Jason Meltzer, it claims to facilitate payments from “hundreds of thousands” of businesses across the US.

The new funds will be used to boost the company’s expansion, including increasing its staff headcount and further product development.