“You don’t seem to be a fan of BNPL,” said one of the panelists on a webinar I did a few months back. 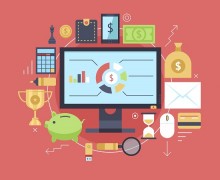 What I have a problem with is not BNPL itself, but the context it is happening in

I have no problem with BNPL.

It’s a creative way of offering point of sale financing for big purchases (or small ones, I guess) without making the process onerous, complicated or embarrassing. It is creative because it solves the mechanics of the financing part of the transaction without necessarily involving a bank and it gives consumers choice.

There is nothing wrong with this picture.

Also, BNPL is old news. Affirm is at least ten years old and store cards are way older. So BNPL didn’t just land because you just heard of it and gave it a name. Get with the programme.

What I have a problem with (because my co-panelist was right: I do have a bee in my bonnet about this) is not BNPL itself, but the context it is happening in. And my problem is two-fold.

The first problem I have with this is that, in an industry that had taken great pains in educating senior decision makers on new technology and new business models, the art of the possible and pitfalls to be mindful of, we seem to have collectively absolved ourselves of our responsibility to consumers.

There’s information out there, is the attitude. They will read.

As one in three BNPL users in the US are currently behind on their payments (Reuters, 9/9/21) and one in ten users in the UK are being chased by debt collectors (Money Expert, 9/9/21), with the percentage rising to one in eight for younger users (FStech, 3/9/21), tell me again how there is no need to educate consumers as to how BNPL is not a loan as far as its issuance is concerned, but it is very much a loan in terms of what happens next, to you as a consumer.

As the FCA in the UK is stepping in with regulation in a space that technically fell outside the scope of its work because it was technically not a loan, the Brits are £4 billion in debt to BNPL players alone (UK Finance, 27/10/21).

And that is on top of any other form of lending, regulated or unregulated, and it comes hot on the heels of a post-lockdown surge in deposits and general affluence. So, you know, it’s not great.

The FCA is dead right to come in and demand a higher degree of accountability and oversight here because, let’s face it, traditional loans and credit cards were not historically very good at explaining to consumers the implications of what they were actually signing up for until the regulator made it compulsory to educate and protect individuals by giving them enough information to make an informed choice.

I suspect that will become a global trend before long and BNPL will stay as an alternate way of offering consumer finance with a bit more oversight, and that is no bad thing.

Because we are quick to find creative ways of financing the purchase of a sofa, a surfboard or a new handbag, but a bridging loan to make rent or a starter loan to kick-off a small business remains elusive to the extreme.

And arguably, if we are measuring needs vs wants, putting food on the table and keeping your family sheltered, being able to keep the heating on as winter sets in or repair an appliance without cleaning your account out… These are the areas that demand our creativity and attention. Because they are real, global problems. And because poverty isn’t just terrible for the individuals mired in it. It’s also bad for the economy. Because the poor can’t spend, can’t participate and can’t engage in all the ways that make the average consumer a net contributor.

Why not help them become contributors?

We know for a fact that micro-lending to the poorest communities works, both as a mechanism of getting them out of poverty and in terms of the pure mathematics of the loan as a financial instrument. If set up and managed correctly, it’s profitable. And we have, at our fingertips, technology that will allow for any lending to be tightly controlled, cheap to run, informed by data-rich insights into credit worthiness as real time as people’s transactions, making defaults easier than ever to detect early.

What does that have to do with BNPL?

Nothing, that’s the point.

No offence to the people doing really cool work in the BNPL space, finding novel ways of mobilising capital outside the normal under-writing process so that you can get that new pair of shoes, or whatever else. I have no issue with that. Consumerism was here before them and will outstay them by a country mile.

But BNPL is a nifty way of solving a problem in a way that gives the consumer an option that seems easier and works entirely differently under the hood without involving the bank and without leaving the merchants out of pocket. Everyone wins, in theory. Or at least that will be the case once the regulator makes a few much-needed tweaks to all this.

My issue isn’t on that side of the fence. My issue is that we keep providing lending mechanisms where, arguably, they are not needed. Because there is choice. Because we are not solving a need but rather feeding voracious demand, as markets will. But there is a burning, desperate need on the other side of the fence. There is a need for lending as a hand up and out of poverty.

A need to survive, not acquire.

And in the spirit of Live Now, Pay Later, I would love to see the excitement BNPL caused in the industry stretch to the areas where lending is actually desperately needed, where the impact will be societal as well as financial and where creativity won’t just give the providers a new income stream but gives individuals a chance at turning their lives around. Do it right, and you start augmenting the ranks of the folks who have enough financial standing to be exactly the kind of customers you want.

New “hybrid” banking app Dexy gears up for launch in the US 🚀 A new all-in-one banking app, Dexy, is set to launch… twitter.com/i/web/status/1…