If I had a penny…

If I had a penny for every time someone heralded a momentous financial inclusion conversation and then talked about getting the unbanked onto the system by giving them a current account, I would be one rich woman and the financially excluded would be as excluded as ever. Only this time with bank accounts. Empty ones. 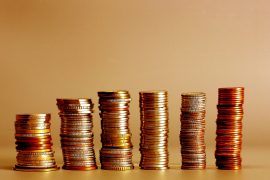 I am not suggesting having a place to safely store a hard-earned wage is not important.

And I know, from both personal and professional experience, that having a safe, accessible and cheap way of sending that wage home is, for migrant workers, as valuable as the wage itself. That’s why they put themselves through the hardships of exhausting, manual, often unsafe labour. To send money home.

Stand on the tarmac of Tribhuvan International Airport in Kathmandu, watching the coffins of workers killed in industrial accidents far away being shipped home to a country that until recently had not seen a coffin (they are not immortal, they just don’t use them traditionally) and then tell me about how having a way to cheaply send wages home achieved inclusion.

Now that I have your attention, I want to talk about infrastructure.

How is that for a segue?

Stay with me though.

I have worked with a bank that wanted to ensure they offered attractive remittance products but kept the workers out of the main product sets. Not to mention their branches.

I have worked with a different bank that was trying very hard to ‘palm off’ the elderly to a competitor with as little noise as possible. Because you don’t want them on your books. But you don’t want to be seen not wanting them.

I have worked with several banks that have agonised over how long the young take to become profitable and how that ‘wait’ is getting longer and longer for the bank. The actual youth struggling to reach financial independence in a world made inaccessible by the plenty of others, be damned.

I have worked with many banks that look at their client segmentation in terms of profitability. As they should. They have a business to run.

But the reality is, the workers are poor enough and desperate enough to leave home and hearth and seek a better future. Not for themselves. That’s my story and I can tell you it’s hard enough. No. We are talking about the workers who write themselves off for their children back home. Or elderly parents, or cousins and uncles.

The elderly are unprofitable because, in their majority, they live off a pension that doesn’t last to the end of the month and they have to turn the lights or the heat off to make it to the next cheque.

And the young? The pesky snowflakes who have the moon on a stick and ask for sprinkles? The generation we love to vilify and have saddled with an explosive combo of overpopulation and a long-drawn out economic contraction that means they won’t ever know middle class security unless they call Jeff Bezos Daddy?

The vast majority of the world’s population is extremely unprofitable for banks. Because they don’t bring deposits. They don’t make investments. They need access to loans and can’t afford the repayments.

Talk to me about money. Not where you put it.

If I had a penny…

Let me tell you this.

I am a banker by trade but a political scientist by background. I have a PhD in political reform and I know how capital markets work. I know how universal banking works. And I know how technology stacks work.

And yet a day doesn’t pass when someone doesn’t look at me in an ‘oh, sweetheart’ manner when I say that we can fix this. And it gets worse. I’ve been called naïve many a time. A few years back I got a bunch of death threats on Twitter because I publicly and unashamedly expressed admiration for the intentions behind India Stack, a public good infrastructure that tried, among other things and among many reversals, to enable access to the system. That doesn’t mean current accounts. It means easier access to social security for those who need it with greater transparency and reduced risks of manipulation and corruption. It means access to meagre pensions without disruption. It means a lot of things. And of course it was not perfect. Genuine mistakes were made. Big ones. And of course it was politicised. And of course it was divisive.

But is that the requirement? To leave the poor to their fate until we can get things perfect?

The first time I read about Mahammad Yunus it felt like a Cinderella story, complete with a happy ending.

A bank that enables access to credit for the poorest of the poor, allowing them dignity and believing that their ability to repay is not just possible. It is profitable.

In his autobiography, Banker to the Poor, professor Yunus describes the what and the how of the Grameen project. He also describes that the biggest challenge was not getting the poor to pay back the loan. It was getting the establishment to believe that they would.

And for the avoidance of doubt: we can fix this.

And we are not.

Because we are choosing not to.

I am not for a moment suggesting fixing world poverty is quick or easy. Just that it is possible.

Because we are talking about people who have none, and the things they need to do to make it, store it, transport it or borrow it safely, without falling prey to manipulation, predatory arrangements or the exclusion and subsistence poverty we are seeing the world over.

The world is not bountiful enough for everyone to get a mansion. No arguments there. And I am not going to go full Communist on you, have no fear. I have no issue with wealth. None at all.

But the world is not binary and eradicating poverty should be our expectation, our mission and our north star.

Just because the problem is too big, we have no excuse to consider it inevitable.

At the end of the day, poverty is a societal construct.

And we should be fixing it.

So. Back to my point.

The same infrastructure that enables open banking, BNPL or the cute little tooth icon next to the payment you just made to your dentist actually enables faster, safer and ‘lighter’ connectivity between systems.

It becomes faster to parse data.

And more capable to plough through more data for more nuanced decisions.

It means micro-loans become financially viable because the cost of service goes down. It means alternative credit scoring becomes possible because there are multiple real-time data points.

Things that were too small or too complex for our old systems to cope with are now the right size. We can service the poor without losing money. And this matters. Banks are businesses. They can’t run the ship aground, cold as it sounds.

But it’s OK. They no longer have to make that choice. Alternative credit scoring with robust informed data sets underpinning it and lending products, repayment schedules and access points tailored for the poor are technically possible and financially viable.

This may not be sexy or dramatic. But it can change lives. It is here. It is real. It is robust, scaled and available.