What you sell when you’re not selling

Almost a decade ago, I was on a date. Remember those? 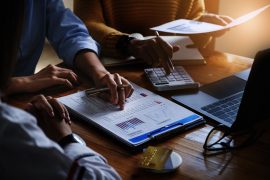 Culture is what you do when nobody is watching

It had gone well.

The chap was interesting, funny, handsome. He had things to say for himself that were thoughtful and betrayed curiosity. And he was obviously but not fawningly trying to make a good impression.

As we were parting ways outside the bar, however, he said: “I like you. You treated the waitress as if she was a real person.”

“What the hell does that mean?” I said to him, the good impression of the evening wiped clean by a glimpse of the first thing he said as he was relaxing.

“You know,” he said. “As if she were a real person, not someone serving you drinks.”

Don’t ask me if I saw him again.

Don’t even ask me what this exchange told me about him as a person.

But ask yourself, what’s your business equivalent of this situation?

There’s a lot of content companies create when they know they are being watched. They know it’s a first date, a ‘meet the parents’ situation, a job interview equivalent. Companies know where they need to show themselves in a good light, be on selling mode, dress to impress their potential clients, their preferred candidates, the ecosystem they operate in.

The marketing team is all over that stuff.

From your website to your social media posts, from your app UX to your CEO Christmas video, you know when you are being watched and put your best foot forward. If you don’t, what’s wrong with you?

But I suspect you do.

And frankly, so did he, my disastrous first date.

During the times when he felt he was performing to secure an outcome, he did great. It’s when he relaxed that things changed.

In the spirit of ‘culture is what people do when nobody is watching’, the impression your company creates isn’t just the moments you choose to curate. It’s also the moments where you put your guard down. In fact it’s mostly those moments. It’s the moments where the sales team or the marketing team aren’t involved.

It’s the job applicants you never even responded to.

It’s the emails sent to your ‘contact us’ inbox that never got contacted back.

It’s the distracted, aloof way in which your HR screening team treated candidates during a process that may or may not result in you making an offer, or them accepting it. Or the way they forgot to even get back to a junior colleague asking what the process is for them to take some leave to attend a grandmother’s funeral while on probation.

It’s the way the young analyst who was meant to coordinate a procurement process muddled his deadlines because he was so consumed by the internal dynamics of who needed to be consulted when, so that the corporate ladder doesn’t collapse on his head, that he missed the part about actually going to market and getting the vendors to, you know, participate. So he informed vendors cold that they had been shortlisted with a week to go in a submission timeframe that couldn’t be moved. And he wouldn’t take questions, contemplate extensions or admit the error to his own boss.

If you are asking “Does this really happen anymore?” you haven’t worked in a big bank. I say it’s happening right now, in a corporate office near you. I once had a colleague who did that to a bunch of vendors, giving them three days to present themselves physically in our offices.

All bar one had to travel internationally to make it.

All had us pegged as a nightmare client right out of the gate.

And I am not done.

It’s the way you treat your vendors or colleagues.

Sending them invites without asking for their availability or time zone and refusing to accommodate. Refusing to contemplate that they have a business to run, other commitments, kids to pick up from school. A diurnal rhythm that is sort of, you know, time zone dependent.

A colleague of mine at a big bank used to do demos at 3am. Because the APAC-based client he was trying to land told him that’s your slot. Like it or lump it, if you want the business, you jump. And he couldn’t access the right systems from home (because…banks) so he left home at 1:45am, drove into the office, set up, did the demo, drove home, slept for two hours and was back in for 9am.

Meanwhile, colleagues in our Tokyo office were dialling into New York team calls at midnight. Because sometimes it’s what you do to your colleagues too.

And I am not done.

It’s also the way you ask a team member to do something, and they pass it to an assistant without context, so the assistant actions the ask without guile and, at the receiving end of it all, people have no idea why they are being asked to do something, like this, now. And when they ask for context, purpose or clarification they are met with the deafening silence caused by the poor assistant trying to travel back up the chain of Chinese whispers to find where the instruction originated from and who needs what, actually.

And you probably do this very thing to people inside and outside your organisation without realising.

Asks without a real answer, imperiously thrown around.

Oh, you would never do that, would you?

Have you ever asked anyone for pricing for a thing you haven’t defined? Your own finance team, or a vendor?

“How much would this cost, roughly?”

“It depends on how much it costs,” you say.

Have you ever asked a vendor to respond to an RFI with no clear use case or business owner?

Have you ever asked an intern to do a business case for a new technology?

Yes? I thought so.

All I am saying is that it is not when you are selling that you show your true colours as an organisation. Everyone is on their best behaviour then.

When you are hiring.

Or making investments or engaging vendors.

It’s when you ask juniors to persuade you of things you asked them to look into in the first place. Jonny was put in the DLT team as part of his graduate rotation and now he has to be an evangelist and convert a very reluctant room full of seniors.

It’s when you have the power, when the decision feels like it is with you, when you feel that you are doing the choosing, not being chosen.

It’s when you are not technically on display that you reveal the most.

And everyone is paying close attention.

And now you know.

Treat them like you would if you were desperate to sell them something, or stop wondering why the millions you are spending on marketing aren’t shifting market perception around your brand.

As one real person to another.

If you want me to believe something about you, as a human or organisation, you need to do that thing all the time. Not just when you think I am paying attention. Because I am always paying attention. And so are a lot of other folk who may be very useful to you one day and, well, suffice to say there was never a second date and that man from long ago still can’t work out why.

Because even when I told him, he couldn’t possibly believe that’s reason enough. Because surely the rest of the evening had been great.

And here we are.