Resigning to the facts

Almost every time I resigned from a role, I was made to feel awful. 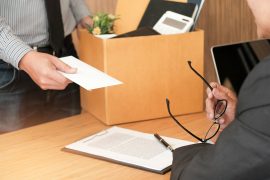 People join companies but leave managers. And that is a fact.

I once had a senior stakeholder tell me they expected more loyalty from me. More gumption. Like I was betraying a cause or abandoning a sick child rather than leaving a role I had done a lot of great work in… leaving to pursue career growth where growth was available since my current role was a highway to… there. They wanted more of the same and I just wanted more.

In one random and notable situation, after a period of realising that the role wasn’t a good fit for the organisation, that they wanted what I represented but didn’t want to do the thing behind the representation, I actually thought my resignation would be a relief.

They could save face and my boss would no longer need to have weekly discussions with me about the direction of the organisation and my hunger for more meaningful work.

What actually happened is the manager lashed out. He mocked me. He told me I was a failure. Not for the work I had done for them. Oh no. For taking the promotion and pay rise I was getting in the new role I was moving into. Taking that made me a loser you see. No, I don’t get it either.

I had one resignation letter ripped up and physically thrown at me. I had to go back to my desk and print a fresh copy and take it to HR not knowing whether to be upset, amused or angry.

I had one resignation letter completely ignored for weeks and then processed with polite distaste when I made it clear that this strategy was not going to keep me in the role and, incidentally, the notice period started from the date the resignation letter was submitted to HR, irrespective of what my boss was doing with the intervening time. My boss being kind of the whole point of the resignation in that case.

Even in those roles where the writing was on the wall that it was time, or that I wasn’t happy, that my ambition and that of the organisation were beginning to diverge, that my personality and that of my boss were beginning to rub against each other dangerously, that it had been good while it lasted but it wasn’t forever. Even then, it was difficult more often than not. Like resignation was a taboo, not a thing that happens every day. Not a normal part of business and growth. Like I was letting the side down.

Plus they all acted surprised, which, let me tell you, is BS.

I am one of those annoyingly vocal people. In life and work. I always give whoever is around me active feedback on how to keep me happy. I come with a handbook and real-time user tips. I am a handful, don’t get me wrong, but I come with a manual.

If you wanted to make me want to stay, the option was there. The steps were there. But that’s not what we are here to talk about.

What we are here to talk about is what I learned about management by every single person who made me feel like scum for trying to further my career and be happier at work through a change of said work. What I learned every time I resigned from a role rather than resigning to a situation.

And what I learned, it turns out, I knew already.

The facts are the facts

People are who they are all the time and they don’t just show their true colours in moments of stress. Their colours are always there. It just hurts more when they are stressed or you are at their mercy. So the way I was treated upon resignation was always and without fail an extension of the cultural dysfunctions of the organisation I was in and the manager I was walking away from.

It needn’t always be this way.

I have had managers who actively helped me get promoted out of their department and into a bigger role elsewhere. ‘I have nowhere to take you, so let’s take you somewhere else’. I had a manager (you know who you are) who sat down with me and discussed the relative merits of leaving his team for another role in the org, and leaving the org for another role. And he talked to me as a mentor. And as a professional. He talked to me about what was good for me. And helped me make a decision.

And when I took the promotion inside the org and my new manager turned out to be a fire starter, a jazz hand, a high-visibility opener who never finished anything and never supported his teams trying to do the finishing, my old manager was the person I sought advice from. And when I decided to leave the organisation and didn’t feel it was fair to put that on him, he called me and said two things.

He said, I am here for you. That’s the deal. It was always the deal.

And he said, of course your resignation is causing the fire starter to treat you like a leper. Because now he is the man who lost us Leda.

That felt wonderful to hear.

I had loved that place. I still do. It was nice to feel that love back.

It was comforting to find an explanation for the sudden and inexplicable hostility.

But here are the three things I have learned since then and, looking back on almost two decades of managing people, maybe I always knew. But now I know I know, and here they are. All three of them. Simple as the day is long.

Your employee base isn’t a done deal until you break it. It’s an active dialogue of daily promises met. You have a business to run and the business’ needs translate into career opportunities for your team. And the way you operate translates into the cultural context your team plays in. And if those things work, you keep talent. And if they don’t, you don’t.

All expectations and opportunities are tied to that business. Some people will want less and they are not right for you, some will want more but you don’t have need of whatever it is they want to grow into. The job is the job.

If that’s the case, and it often is, all I can say is good on them for resigning from the situation and not resigning themselves to it.

And maybe, just maybe, it’s time you as a manager resigned yourself to the facts of life and management… the truest truism of all is that, when all else is equal and big opportunities or life changes are not in the mix, people join companies but leave managers. And that is a fact.