This is not a drill

My mum always says life has a habit of happening when you are busy making other plans. 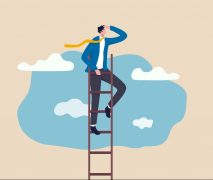 Make sure you don’t write yourself out of your own story, as life happens

And this is not just a Ferris Bueller type ‘slow down or you will miss the moment’ thing. It’s a ‘now matters in ways big and small, but mostly small that become big’ thing.

My mum also says that in every relationship, personal or professional, an unwritten covenant is sealed, wordlessly, pretty early on. A covenant you may be consciously unaware of that sets expectations in a way that will be next to impossible to change later on. This unwritten covenant is entered upon in ways you may not even realise until it’s too late and you are committed.

If you are the one who always backs down.

The one who makes excuses or accepts poor ones.

The one who carries the burdens and goes more than halfway time and again and never asks for anything in return.

If you put yourself last and others first in the hope that someone will do the same for you, levelling it all out in the end, you are signing a covenant that you will find yourself locked into in double time.

At home or at work.

The rule applies with terrifying accuracy.

And once you have signed the unwritten covenant you cannot annul or amend it. You can always exit, of course, but let’s face it, you may not wish to do that. You want to stay. You just want to change a few things. But you find you can’t actually affect changes vis-à-vis your role in the situation you are in. You have created expectations.

That’s how trust is created.

That’s how you build a professional track record.

That’s how liberties are taken.

That’s how you may end up being taken for granted.

That’s how you end up picking up all the loose ends, being the person everyone relies on and nobody thanks.

Because you did it one too many times early on and now that’s standard.

Surely that’s no bad thing, I hear you say.

All in moderation, my mamma would tell you.

I had a colleague many years ago whose client adored him in a way that was off the charts.

And the man was good.

When I asked him what made him special, he told me he had the Pooky factor.

I was young, I thought it was a technical term.

This was in the era before video calls. I couldn’t see his smile and he couldn’t see my confusion, but he put me out of my misery. He didn’t have the Pooky factor for nothing.

Garfield, he said – the cartoon cat not the former US president.

He has a teddy bear.

When Garfield is at his most grumpy, Pooky is the only thing he likes, wants or trusts.

I have the Pooky Factor, said John.

It comes with a huge dose of integrity and doing the right thing for those in your care and I am a fan.

John was one of the best at his job. But as my mum would tell you, he forgot the unwritten covenants until they became written in his case and he was locked in.

Because his client had written him into the contract.

Not him in a way that would allow growth and evolution for all involved.

You have a job for life, I exclaimed. Slightly jealous. We were in the middle of a financial crisis and a double dip recession, job security was not to be sniffed at.

Not quite, said John. I have this job for life. Been here for 17 years and counting.

Oh mamma. Not so good.

Look around you, said John.

People who do a good job at something and hope that will be what unlocks the next step when actually all it does is lock them into position. Do a good job, such a good job that the area in your care is never a worry or a concern for the corporate. And you will never lose this job. You will also not ever get a different one.

This is not a warning, it’s a forecast

The balance between the Pooky factor and the spooky factor is precarious because of that pesky unwritten covenant, the voice that whispers in your head: prove yourself before getting selfish and asking for progression, responsibility, reward, expansion.

I mean… there are ways of blagging your way to the top, without a doubt, but I don’t know how to help with that. Frankly, I am amazed that it happens. And not in a good way. Can’t help you there.

For the rest of us, the work is not optional.

But it’s not enough.

Being really hard working, really good at your job, really conscientious is essential. As our chemist friends would tell you, it is a necessary condition. But not a sufficient one. Because if you don’t help yourself, and you are not blessed with a mentor or a rarely nurturing boss, the magic may never happen.

The reward for doing a good job in a big corporate, is more of it.

More of it, not more in general. Not a wider portfolio. Not more responsibility. Just more. And with less surprise and delight when you do a great job because everyone expects that from you.

Unwritten covenants and whatnot.

Now if you want a quiet life, pride in your craft but no material career progression, that is fine. In fact it’s more than fine. You have the Pooky factor. People trust you. They trust you and they won’t take the thing you are so good at away from you.

But if you want a career, then pause and look at your organisational hierarchy and think and think again. Every layer in a company hierarchy is a little smaller than the one below. Progression is neither inevitable nor viable for the vast majority of people. Working hard and hoping to be noticed is a good story, bro. But it needs more dragons, more fire and a fairy godmother or two. In the absence of those, you need to be your own catalyst. To make sure your Pooky factor doesn’t become a shackle that holds you firmly in place. Valued. And so valuable where you are that nobody will ever consider moving you. Up or across.

So take this from me and my mamma.

Every moment, every interaction, everything you do is part of the life and the career you are trying to build. And the things you do are part of your unwritten covenant. So make sure you allow yourself to be Pooky. Trusted. Loved. Known for their hard work and integrity. But allow yourself to also be more than a cuddly toy. Someone who will do amazing things for their client and organisation. But also wants a fair few things for themselves. And will make sure they get them, in the process, as part of the deal. Make this your covenant.

In case your fairy godmother gets held up. Make sure you don’t write yourself out of your own story, as life happens, waiting to be rescued by a prince or spotted by a senior manager.

Just in case this isn’t a fairy tale with a guaranteed happy ending. Just in case you don’t get another go-round. Just in case your unwritten covenants dictate the rest of the story. Because life is not a drill. Now is the only time and the best time.