Life is lumpy and humans are messy. They make a mess. They often are a mess.

“Carbon based solutions”, as techies often describe their colleagues, have a high cost footprint as a result. They don’t follow process. They get sleepy. They are hungover. They get divorced. They worry over sick children and elderly parents. They fall in love and can’t keep their mind from straying. They think about lunch.

They worry and project and more often than not fail to compartmentalise. 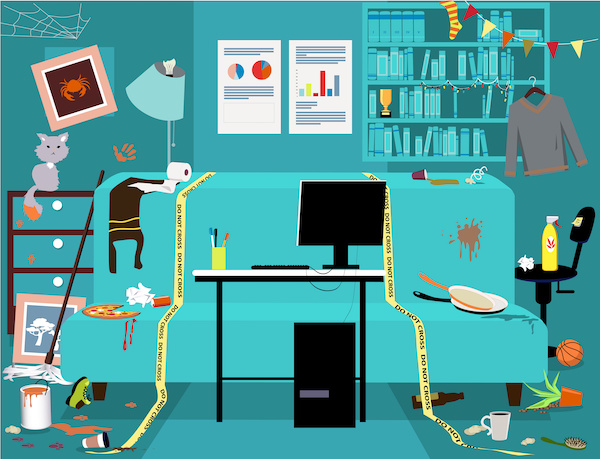 And these humans are your friends and your relatives, sure, but they are also your team and your colleagues and your clients so what do you do with that?

Lesson 1: it’s not about you

The instinct, when someone is upset, distracted, aggressive, not themselves, is to ask what’s wrong. And by all means ask. But in the workplace remember that people don’t have to answer.

And you don’t need to know what’s wrong to be empathetic.

You need to make it ok to share if that’s what’s needed and not share if that’s more appropriate. You need to remove yourself from the lofty position of arbiter of pain. You don’t get to examine the facts and decide how sad or distracted someone is allowed to be.

I had a team member take a week off because a pet died and a team member come into the office straight from hospital after a miscarriage. That I know of.

Struggles of all sizes happen daily and we don’t know. It’s not for us to know.

How people experience or cope with pain is theirs to live with. Not ours to measure.

I had a boss who decided my grandmother wasn’t close enough a relative to justify my broken heart or indeed flexibility to travel to the funeral. I had a boss who tried to make me take time off during my divorce to give me space I didn’t need or want.

Both way off the mark of what I was needing and feeling. One at least gets full marks for effort. But they both used their own needs and feelings as a measure of truth. And to them I say: it’s not about you.

You can see the effects of emotions even if you don’t know what causes them. Some days will be better than others. People will make mistakes. People will snap. People will be unreasonable; needy, insecure, rude, stupid. Distracted. Giddy or catatonic.

Everyone will have off days, can’t be bothered days, bad days.

Everyone will have situations that bring out the worst in them. It will happen. To all of us. So although it’s not yours to reason why, it’s yours to navigate through.

Allow humans to be human. To be messy. To fall short every now again, haven’t they earned as much with every time they soared above your expectations? Cut people some slack. Especially when you see they are having a bad day. A bad week. Whatever.

Lesson 3: it’s still not about you

What happens when the way someone expresses whatever they are dealing with is destructive and unkind to those around them.

When is cutting humans some slack a bad idea? When do you go from showing understanding to enabling bad behaviour?

Usually people deal with that question in two ways: they either don’t deal with it at all because it doesn’t affect them so it’s not experienced as a problem, even if others in their care are getting battered daily… or… they reflect on how much of whatever bad behaviour we are talking about they could absorb?

How much of my colleague’s work can I pick up, to cover for them during this hard time before I burn out?

How much screaming can I be at the receiving end of, before it gets really upsetting? Before it makes me hate this job, before it weights on my mind in a way that destroys my day and then I become the messy human of the story?

What’s my breaking point? I can be empathetic and supportive and “it’s ok, I can take it, humans need support”.

Sadly, that’s the wrong answer to the exam question because, you guessed it, you are not the benchmark.

Your bright-eyed intern is.

Your favourite niece is.

How much of whatever behaviour we are talking about are you ok with them to be at the receiving end of? That’s the benchmark. Not your endurance.

But the things you don’t want others to have to endure.

Lesson 4: what the hell am I supposed to do with this “be empathetic but have boundaries” nonsense?

Be empathetic but have boundaries.

Be understanding but have standards.

Give support not a carte blanche.

Allow humans to be human and expect them to do the same for each other.

And the easiest way to measure if we are doing the right thing when navigating this mess is using ourselves as a yardstick which gives us a population of exactly one. So that doesn’t help and I know how frustrating that is.

It frustrates me to hell and back because I want everyone to be happy and do the right thing with no exception or compromise.

And you know how often I get my wish? Never.

And you know what I do about that? Nothing.

Because humans are messy and I am allowed to want more and be frustrated and have good days and bad.

What I am not allowed to do is tidy up the mess in my own image. And neither are you.