I heard that phrase in movies as a child and it baffled the hell out of me. 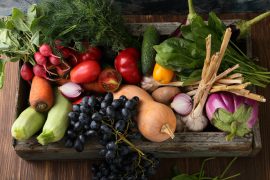 Every job will have some parts that are hard or tedious. You will have to eat your vegetables.

I was always hounded by my grandmother to eat my protein. I love tangy flavours, and getting me to eat colourful, crunchy things doused in vinegar or lemon was never a problem. It was the rest I found uninteresting.

Have no fear, I stopped being a fussy eater very early on. But I like the phrase. I like it a lot. And I use it a lot. Because people didn’t learn that you need to eat your vegetables. Practically and metaphorically.

Eat your carrots because they are good for you. Learn the habit. Because a lot of things in life come as complete packages, like the plate of food your mama prepared for you that doesn’t just have your favourite bits in it. It also has bits that give you nutrients, so just eat them already.

The job is the job

One of the fastest paths to me losing my sense of humour is a conversation with a colleague or team member – and this happens a lot – whereby they essentially tell you all of the bits of their job they don’t like and therefore won’t do.

In my career I have seen people go to incredible lengths to avoid doing what they don’t enjoy or find difficult.

The methods for achieving this range from the vanilla to the spectacular.

For example, there’s straight up not answering phones or just ignoring emails. The ostrich approach of hoping it will go away.

And sometimes that works, people forget or find another way of getting whatever they needed done. Or they just accept that the computer somehow and for some mystical reason said no. People will get distracted or feel dejected. Things very often go away. Ignoring them is a tried and tested strategy. Unless I am involved. I do not go away.

I once had a friend go stand next to a New York-based culprit who was ignoring a request for six months until we elicited an answer to the profound question of “What do you think you are doing?”

We have the ‘lancer’ method of sending a very angry email with half an army of people on cc pointing fingers in all directions about how the budget accruals for hiring were not reviewed in a timely manner when the same person sent instructions and numbers for review 45 minutes before they needed an answer and after many people had logged off for the evening.

And then, in a particularly special twist, the same people come into another meeting (same folks, different topic) and get all excited about some new idea and are now all gung-ho about taking on an exciting new project and somehow they are not too busy for that.

This is not a comprehensive list. But it is a familiar one. Because just like kids hoping they can get out of eating their peas, our organisations, our industry has created dynamics that allow many of these strategies to work. And while the strategies work, people will use them.

Everyone wants to be a rock star, they just don’t want to learn guitar

I’ve been in the industry close to two decades, and if I had a penny for every time someone said to me ‘that’s not my job’ and I said ‘actually it is exactly your job’ I would be one rich lady. And one of the advantages of seniority is you can actually say with some authority what, in younger years, sounds like you are being unhelpful.

The job is the job.

The job is the job.

If you don’t want this job, of course, get another job. But you will find whatever job you get will have some parts that are hard, boring, complex, tedious. You will have to eat your vegetables, that’s how it goes.

Or, and yes I have been building up to this the whole time, it may look like actually doing the doing already.

Because everyone wants to do the Oscar acceptance speech, but they may not want to be an actor. Everyone wants the ability to say no, set direction and craft strategy, but they don’t want the responsibility of failure, the pressure of targets or the burden of execution.

Everyone wants to do the fun part, the blue-sky part, the no-regrets part. But not the part where accountability and graft come in.

You know them. You work with them. I guarantee you work with them. I’ve never known an organisation that doesn’t have its fair share of them: cherry-pickers who will put so much energy into showing why they don’t have to do something that they would have done it three times over. PowerPoint fiends who resist the accountability of commercial execution or the relentless pressure of delivery and want to occupy the lofty lands of Strategy (capital S), never asking themselves how much strategy one company actually needs.

Colleagues who will push back with the left hand and over-reach with the right.

Some don’t realise they are doing it.

Some have never been told they shouldn’t be doing it.

They are trying to get out of eating their vegetables and you are letting them. So stop.

Tell them the job is the job. Tell them to eat their vegetables. You know who they are. And they will know exactly what you mean.