My ex-mother-in-law used to love watching what she called ‘cosy murder’. 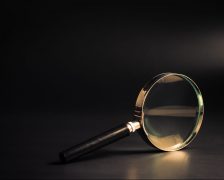 You should challenge the premise of every question

When I first heard it, I lingered between amusement and confusion. Cosy murder is, surely, not a thing. It’s like saying ‘war crimes for the home’, it just doesn’t work.

But she had a point.

There is a particular breed of Sunday TV in the UK. Midsomer Murders. Miss Marple. Even the more recent version of Death in Paradise.

These shows all have three things in common.

These tiny little villages or islets, a handful of serene nature-shots and communities barely big enough to field a football team, but there’s a murder every week and nobody moves away. Nobody packs up their kids and pots and pans and decamps somewhere safer.

And nobody thinks it’s weird.

The script doesn’t address it, not even as an inside joke, and the viewer accepts it as the premise of the show. Of course there’s a murder per week. How else would we make the season?

At least when watching cosy murder, you accept the premise knowingly.

In your heart, you sort of know if this was a real place, it would be the stuff of true horror. You know that you accept a false premise ‘for now’. It’s ok. You are in on it and settle in for an evening of very cosy viewing plus they always catch the bad guy by the third advert break.

That’s another of the things that is part of the premise. It’s always solved by the end of the episode, or what’s even the point?

We don’t ask the question because we both know the answer and are ok with it.

Never ask a question you don’t know the answer to, or so they said

That’s standard fare in board rooms and court rooms the world over. Never allow yourself to be blind-sided. Lead the witness, don’t leave yourself open. If you ask a question, make damn sure you know the answer. Right.

That’s the opposite of how science works, where you formulate hypotheses and set out to find out what you don’t know.

It’s the opposite of how learning works, where you face into the thing that you’ve never seen before and go ‘what happens if I poke it?’.

It’s the opposite of how development works, where trying things you haven’t tried before, getting them wrong and discovering something in the process is the baseline.

It’s the opposite of progress and innovation and creativity and, frankly, honesty work.

And it happens every day in an office near you. Almost as frequently as death occurs in Midsomer.

There is an odd symmetry there.

Not the murder part.

The ‘accepting a strange premise because it leads to a tidy conclusion’ part.

What is the best use case for DLT in post trade? vs. What is the most meaningful challenge in post trade? Who is well placed to solve it without destroying their own business model and what technology is required to achieve a solution that is economically viable?

Who is the best replacement for Craig? (Who has not done a great job and nobody really told him that, ever, and now he’s got himself a new job, thankfully) vs. Was the function Craig was performing meaningful and useful for the organisation and do we need to carry on doing what he was doing?

The client is asking for something we really don’t want to do so we say no vs. What are you trying to achieve Mr Client, is it even a thing and can we help you think it through?

In the fog of war

“There must be a better way to get down the stairs,” thought Pooh Bear as his head banged on every step, seeing as Christopher Robbin was dragging him by the foot as he climbed down the stairs. “If only my head could stop hurting long enough to think about it.”

I spent a lot of my early career in business process re-engineering and the image of Pooh Bear upside down on the stairs with a bandage on his head was extensively used back then. And the acceptance that often the reason we stay with a broken process or an incorrect premise is that the world seems too much on fire to pause, put the fire out and make sure we start again with fire retardant materials. It happens. That absolutely happens with the best intentions in the world.

And although people often go on chasing their tails because of inertia, lack of imagination or the pervasive yet misguided view of ‘things look stupid and wasteful from where I sit but surely, surely, there is a reason for doing things the way we do that someone above my pay grade understands’. No. But that’s a story for another time.

This time we are talking about cosy murder.

In businesses big and small every minute of every hour, people go about their days answering the question that is in front of them rather than the actual exam question.

And that could be something mechanical like respond to the RFP vs. identify the client need so you can address it. Or quote chapter and verse from the HR policy to answer a question rather than acknowledge a colleague’s concern and try to inform them.

Or it could be something that goes a lot deeper.

Do not accept the premise of the question

When I was little, grammar and syntax were a big part of the Greek curriculum. Some of the stuff we learned seemed so obscure and random and impossible to remember or indeed work out how it would ever come in useful. And some of it reached ‘duh’ levels of obvious. The categories of questions were definitely the latter. Questions, you see, come in two types. Questions of ‘total ignorance’ and questions of ‘partial ignorance’.

‘Is this a duck?’ is a question of total ignorance. Every answer is possible in that it may be a duck or it may be a fridge. Yes/no encompass the whole universe of options.

‘Is this duck tired?’ is a question of total ignorance when it comes to the duck’s level of fatigue and liveliness, but it has made an assumption that this is a duck and not your aunt Myrtle. And here the fun begins.

Because as a grammar exercise this doesn’t go far. But as a logic exercise you can be here all day. And you probably have.

How many decks have you prepared for your bosses over the years on the best way to measure x, on the best way to deliver y, on the fastest way to improve on x and y not going very well, but very rarely on what problem we are trying to solve and how well these measures are solving it.

I have sat in meetings reviewing risk metrics. A lot of questions. All premised on the fact that we were measuring the right things and that measuring them had a business impact and actually all we needed to finesse was the how.

I have sat in meetings reviewing HR policies and reward packages. Creating elaborate employee benefit propositions but never talking to employees about what they needed or to finance on what we could afford. Free-floating decision-making for the win.

I have sat in endless presentations on go to market options, too generic to be incorrect, never asking what’s our starting point, our need, our problem and our unfair advantage? Forget the options. What’s our mission, our dream, our problem?

We spend our days answering questions of partial ignorance, assuming that whoever is doing the asking actually isn’t totally ignorant themselves. Wilfully or accidentally. Assuming that the bits they have assumed are true are actually true.

Accepting the premise of the question like bloody lemmings.

But here’s the catch.

They deal with what’s in front of them. If the building is on fire, they put out the fire, and can you blame them? But then the post-mortem is more often than not about fire extinguishers. Not about fire proofing. Or moving.

What we have in front of us is so solid by sheer force of its own existence that it’s next to impossible to see past it. But that’s the job. To see past what’s in front of us.

The question ‘how do we do better?’ needs to always entail the option of doing different. Every question of partial ignorance you are presented with entails assumptions that may in themselves be ignorant.

So do us all a favour.

Challenge the premise of every question, even if the one doing the asking is super confident they’ve got this and trying hard – consciously or unconsciously – to get you to answer whether the duck is tired. Just answer the bloody question, they are thinking, so we can all go home and watch Miss Marple.

You can see this is not a duck they are pointing at, and whether it’s tired or not is irrelevant because it’s not a duck. And that changes everything and we won’t do this quickly and go home and that’s the point. Accepting the premise of the question keeps things tidy. And predictable. And the same.

And if the same works for you, then fine.

But life doesn’t work that way.

And let’s face it, if you keep looking at a refrigerator discussing how to help this duck be less tired and feeling like you added value at work, then it’s time to relocate to Midsomer where a gruesome murder happens once a week and nobody thinks ‘maybe Colonel Mustard in the dining room with the candlestick isn’t the answer I am looking for here’.