Finding out about finfluencers

A few weeks ago, I found myself as the face of amateur oyster shucking on social media. 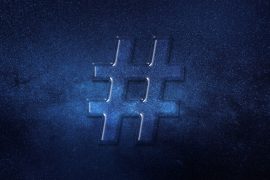 People are turning to influencers on social media for guidance on everything, including finance

Long story short, my favourite online fish shop had launched a new line – fresh Pembrokeshire oysters – and in a fit of madness, I bought some, then realised I didn’t know how to open them.

I got some guidance and then offered my services to said fish shop and produced and starred in a video – “Dave’s Guide to Opening Oysters”. The video was uploaded to Instagram and viewed thousands of times.

For me, the real kicker was them sending an email to customers with a link to the video and calling me a Finfluencer. In an ironic twist, a pun from a fish shop made me feel like I had finally made it.

But it also reminded me of a theme that I had discussed before around advice. I have briefly touched on the rise of finance-focused influencers, but I want to cover it in more detail due to its importance.

To stamp out mis-selling, regulators have put increasingly stringent rails around how a consumer can be given advice or guidance. Institutions have invested heavily in risk and compliance teams. If a customer wants advice, they generally have to pay for it—many people don’t want to or can’t do that.

The result is an advice vacuum, leading to a drop in financial literacy with a knock-on impact on consumer confidence, just at a time when new asset classes and self-directed platforms have exploded onto the scene.

So, where do people go for help and advice?

People are increasingly turning to influencers on social media for guidance on everything, including finance. The Influencer Marketing Hub defines influencers as:

“People who have built a reputation for their knowledge and expertise on a specific topic. They make regular posts about that topic on their preferred social media channels and generate large followings of enthusiastic, engaged people who pay close attention to their views.”

The last few years have seen an explosion of accounts offering guidance and advice on all FS-related matters, many of them conforming to the above definition – hence the emergence of the “Finfluencer”.

The stats around the subject are mind-boggling. According to City AM, TikTok videos tagged Moneytok have racked up 5.1 billion views, and that is a lot of eyeballs.

But not everything is created equally. The quality of advice on offer varies considerably, and this eruption of content is testing regulators globally.

Critical questions for them include:

The format question is relatively simple to answer. Influencers that know what they are doing use the formats available appropriately, working across platforms. Concerning cross-border issues, consumers have some responsibilities, such as checking the origin of the content, but there should be clear signposting.

But let’s turn to the first question. What compels someone to become an influencer?

Laura and Holly Pomfret set up Financielle, a service aimed at helping women become more financially confident and adept. They are very active across all social media channels, and with 10,000+ followers on Instagram and TikTok, they fit the definition of influencers. According to Laura:

“Becoming a mother forced me to reappraise everything, I had some light-bulb moments around how I was organising myself financially.

“When Covid hit, I realised that there was an opportunity to help other people do the same. In talking to people around me, I realised that many financial products do not speak to women, leading to a lack of trust, low financial confidence and a lack of action when it comes to investing for the future.

She goes on to say: “We are very conscious of regulation from the FCA. I am a lawyer, so I ensure we comply with its guidance, but I would welcome an industry standard or kitemark that influencers could adopt.

“We’re filling the fundamental knowledge gap that the financial advice and financial services industry is missing. If it weren’t for platforms like ours, thousands of people wouldn’t have the resources to get basic control of their finances.”

Ken Okoroafor is another very well-known influencer, with a popular YouTube channel. It has in excess of 50,000 subscribers and growing. He set up The Humble Penny with his wife, Mary, and aims to help 10,000 families become financially independent this decade. Ken is a very experienced finance director, and I asked him what spurred him to start.

Ken told me that they saw a problem. People’s relationship with money was not a conscious one. They identified that helping people wake up to money and take control could significantly improve their lives for the better.

The Humble Penny, therefore, provides content and tools to help people re-imagine money and future goals. He feels that influencers can be bold in their approach, and that is very necessary.

There is no doubt that the regulators have a job on their hands. In the UK, they have recently focused on scams and accounts offering bad advice on crypto. But many influencers are doing an incredible job of helping consumers and filling the advice gap, which needs to be nurtured, not impacted by draconian measures.

People need help. And so do the influencers.

Laura’s idea of a kitemark has merit, as does connecting influencers with industry bodies and institutions. For example, Ken recently helped launch FT FLIC, the FT’s first charity focused on lobbying for improved financial literacy education.

By the way, in researching this article, I visited the FCA website. The FCA is the UK regulator. What is interesting is that on its website, it has a list of unauthorised financial services firms and individuals.

It is a comprehensive list, and I would argue, very handy. But who would know it is there? I only bumped into it by accident. This is precisely the sort of content that should be on social media because that is where people are. It could really make a difference. Perhaps the FCA needs to work with an influencer? Any takers?