Trade union Unite says it has launched a petition for independent representation on behalf of staff of the Financial Conduct Authority (FCA) in response to “growing disenchantment” with the UK financial regulator’s leadership. 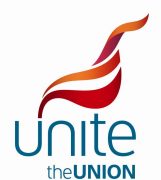 Unite has launched a staff petition for independent representation

Unite says there has been a “massive growth in staff joining the union” as a result of new pay proposals that staff say will leave “3 out of 4″ employees facing a 10% pay cut.

The union’s national officer Dominic Hook says: “Staff across the FCA are joining Unite in unprecedented numbers and want their voices heard. The significant growth in trade union membership demonstrates that the recognition of an independent trade union at the FCA is long overdue.

“Unite is the union for staff across the financial services sector and it is essential for the regulator to ensure that this dedicated workforce have an independent and strong trade union in their corner, rather than simply being ignored by management.”

Unite claims members have taken issue with FCA CEO Nikhil Rathi over his ‘Transformation Programme’, which includes a proposal to pay the FCA’s highest paid staff more money in order to avoid caps on the tax breaks for the largest pension pot holders.

Hook adds: “Staff at the FCA are demoralised by the consultation launched by the CEO in September and feel it is a poor way to reward FCA staff who worked tirelessly throughout the pandemic to deliver credit card and mortgage payment holidays that were a lifeline to people up and down the country.”