UK bank NatWest has plead guilty to money laundering failings amounting to £365 million, becoming the first British bank to admit to an offence of this type. 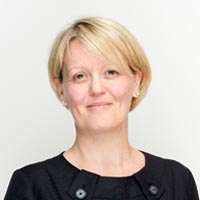 NatWest admitted guilt to three criminal charges of failing to properly monitor customer accounts between 2012 and 2016.

Increasingly large cash deposits were made into the customer’s accounts during the period in question.

Clare Montgomery QC, prosecuting on behalf of the Financial Conduct Authority (FCA), told Westminster magistrates that when NatWest took Fowler Oldfield on as a customer, its projected income was £15 million a year.

Fowler Oldfield was based in the north England city of Bradford before it was shut down following a police raid in 2016.

The FCA notified NatWest of its investigation back in July 2017. The bank says it has been cooperating with the regulator since. The charges became public in March.

The bank could face a fine of up to £340 million. A sentencing hearing is set to take place in December.

The FCA has brought civil cases against a few banks in the past, including a 2017 penalty of £163 million against Deutsche Bank and a £102 million fine for Standard Chartered in 2019.

The difference with a criminal case is the fine could be unlimited, and reputational damage is likely to be much higher.

However, NatWest remains under majority public ownership after a £45 billion bailout during the financial crisis.

With 55% of the bank being taxpayer-owned, punishment could be relatively light considering the circumstances.

The FCA has said it isn’t planning to strip NatWest of any of its licences following the admission of guilt, or if the lender is convicted.

“We deeply regret that NatWest failed to adequately monitor and therefore prevent money laundering by one of our customers,” NatWest CEO Alison Rose said in a statement.