The recent social and credit scoring AI regulations proposed by the EU have been a hot topic within the bloc, with differing opinions beginning to emerge between organisations. 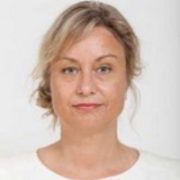 The European Banking Federation (EBF) and the European Economic and Social Committee (EESC) have now each made recommendations on the EU’s nascent AI regulatory framework.

The European Commission’s Artificial Intelligence Act (AIA) aims to balance investment and innovation with a respect for fundamental human rights.

The AIA will also avoid duplicating regulations seen within existing frameworks such as the GDPR and those that govern the banking and financial services sectors.

But while the EBF has called for a level regulatory playing field between EU member states, the EESC worries credit scoring by private enterprises could lead to mission creep within the bloc that could see social scoring AI used by public organisations.

As part of its feedback on the AIA, the EBF says the nascent framework risks creating a lack of consistency in supervisory expectations and practices among different national competent authorities.

A situation where “certain actors are subject to more stringent requirements in one member state than another” could create divergent outcomes in the use of ‘high-risk’ AI applications such as credit assessments and credit scoring schemes.

The EBF also suggests that only those AI systems used to evaluate access to credit should fall under the scope of the AIA, with AI applications used in the wider credit process excluded.

While the group calls for a “same activity, same risks, same rules” approach under a harmonised supervisory landscape for such schemes, the EESC says it sees no place in the EU for scoring the trustworthiness of citizens based on their behaviour or personal characteristics, regardless of who is doing the scoring.

The EESC is concerned the practice of credit or social scoring will “gain currency” in Europe as it has in China, where the committee claims citizens can be denied access to basic public services based on their Social Credit Score.

While the draft AIA does include a ban on social scoring undertaken by public authorities in Europe, the EESC would like to see it extended to private and semi-private organisations, such as loan or mortgage providers.

Speaking on behalf of the EESC, Catelijne Muller says: “The AIA should attempt to draw a clear line between what is considered ‘social scoring’ and what can be considered an acceptable form of evaluation for a certain purpose.

“That line can be drawn where the information used for the assessment is not reasonably relevant or proportionate.”

#Analysis: Digital transformation in mortgages: beyond weathering the storm With the high demand for mortgages in… twitter.com/i/web/status/1…

#Digital wealth manager @Wealthsimple exits UK Wealthsimple arrived in the UK four and a half years ago, seeking “… twitter.com/i/web/status/1…

Start-up Quantile acquired by @LSEGplc Quantile was founded in 2015 and caters to banks, hedge funds and other fi… twitter.com/i/web/status/1…

Finnish #paytech @enfuce raises €45m in Series C round The Series C investment round was led by Vitruvian Partners… twitter.com/i/web/status/1…