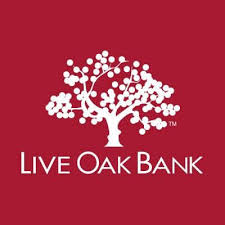 Live Oak Bank is an investor in Finxact

The bank, which holds $9.9 billion in assets under management, switched its retail and commercial deposit accounts to Finxact as the penultimate stage in a front-to-back change stretching back to 2017.

Finxact and Live Oak Bank officially signed their first partnership deal in 2018. Then-CEO Neil Underwood predicted that the first iteration of the Finxact system would be live by the end of that year.

Live Oak went live on the Finxact platform for its loan origination processes in spring 2020, which helped it originate $2 billion in loans during the pandemic.

It then switched over its commercial savings and term deposit products to the platform in September.

With the retail and commercial accounts crossing over to Finxact, the final stage of moving its remaining loan portfolio is now underway.

“We had a vision for the way a modern core could be a platform for the business of banking,” says Chip Mahan, Live Oak chairman. “The Finxact team has delivered that platform.”

The bank’s technology is integrated with several other fintech solutions.

Live Oak says it relies on 16 suppliers, connected via APIs, to provide the majority of its services, and decries the “walled garden” model of systems operations.

Its suppliers include Savana for account servicing, Apiture for digital origination, and nCino for lending. The bank’s licence for the latter expires in November 2021.

Live Oak and nCino have a further relationship, in that the bank’s founders helped found the banking technology firm in 2011. The bank spun out nCino to shareholders in 2014.

“Live Oak is a story of innovation and bold decision making,” says Frank Sanchez, CEO and founder of Finxact.

“Because of its leadership, the bank will be more adaptive and able to compete at a different level.”