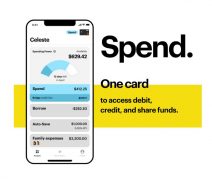 The digital player is looking to serve middle income families across the US and is underpinned by banking provider Coastal Community Bank. It landed $17 million in a Series A funding round earlier this month.

The 40-person challenger has opened early access to its private beta already, but a final release date in the summer has not yet been set.

Harris says that his firm required “an extraordinarily elastic core system of record” for its needs.

“Finxact anticipated this and built its core with the flexibility for banks to innovate quickly,” he adds.

Frank Sanchez, CEO and founder of Finxact, says that the vendor has been working “extensively” with the team at One to support a “unique vision.”

Finxact secured a $30 million strategic investment from banking and financial services firms in 2019 and says that it is currently working with multiple US and international financial institutions, targeting both small and large banks with its cloud-based core banking system.