Finxact has raised $30 million in equity financing from new and existing investors to power its core banking ambitions in the US. 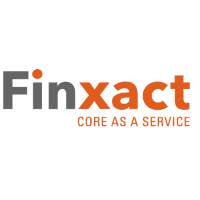 “Building a banking system of record”

New investors include the American Bankers Association (ABA), Accenture Ventures, and SunTrust Bank. Also investing in this round are all of Finxact’s existing investors, including Live Oak Ventures, First Data, Woodforest National Bank, and TN Incorporation (TNI) of Thailand.

“We started Finxact in the beginning of 2017, and we have focused on building a banking system of record that can effectively replace legacy core systems and also serve as a platform for rapidly evolving digital banking requirements,” says Frank Sanchez, Finxact CEO and founder.

There aren’t a lot of details, just that the new funding will support its growth plans as it completes development and “builds scale to match the market’s demand for a new category of core banking platform”. It offers a Core-as-a-Service.

The company says it is currently working with various unnamed US and international financial institutions, from de novo banks to “top-tier banks”, on projects ranging from full bank conversions to digital-only initiatives.

Some details would be nice

If you actually prefer details over vague stuff, then this case study on Live Oak Bank and Finxact may help.

In that study, Finxact is based in Jacksonville and was set up with initial capital of $12 million.

The system is being built for AWS although could support other options. It is meant to be real-time and event-driven. It was the first banking system supplier to sign up for the Linux Open API Initiative which seeks to define a vendor-neutral description format for APIs.

Finxact is using the Google-derived open source Golang high-performance language and SQL alternative databases, with non-SQL options to follow. Sanchez describes the architecture as “container-based” so the system can be implemented on the cloud but also on any machine, so will be deployable in-house.

Although the initial focus is the US, it is Sanchez’s plan to also offer the system internationally. In the US it currently has 16 staff.