London-based open banking infrastructure provider Yapily has raised $51 million in a Series B funding round led by Sapphire Ventures. 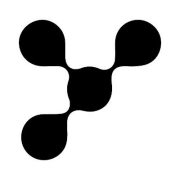 The firm plans to expand beyond Europe next year

Existing investors Lakestar, HV Capital and Latitude also participated in the round.

The funding follows the firm’s $13 million Series A round from last year and takes its total raised to date to $69 million.

Yapily says it will use the funding to expand across Europe, with plans to extend open banking “to cover 95% of the continent by the end of the year”.

Yapily will also look to further develop its product and grow its team, with plans to boost the size of its engineering capabilities over the next 12 months.

The fintech ensures financial data is connected between banks and other financial services firms via an API that is “designed and built for open finance”.

Stefano Vaccino, CEO and founder of Yapily, says: “Open banking infrastructure is fundamental to how data and payments move between organisations worldwide, and it will shift the power to consumers for years to come.”

“Europe is leading the world in open finance, and consumers and businesses will start to see more innovation from industries such as mortgages, pensions and insurance, with easier access to financial data and payments infrastructure.”