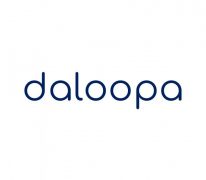 The firm completed its seed round in 2020

The firm has now raised around $24 million in total following its seed round in 2020.

The company aims to automate what is traditionally a time-intensive manual task for financial firms.

Daloopa says its AI tech can extract financial data from millions of complex financial documents, covering structured and unstructured documents in a number of languages.

“We are at a turning point in technology where software and AI can automate some of the most mundane work for a financial analyst,” says Thomas Li, Daloopa CEO.

Li claims the company is aiming to provide “accuracy surpassing 99.9%” with its financial data extraction services.

As part of the investment, Credit Suisse Asset Management’s NEXT Investors and Nexus Venture Partners will each assign a member to Daloopa’s board of directors.