Codat raises $40m in Series B funding round

UK-based financial data fintech Codat has secured $40 million in its Series B funding round. 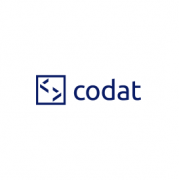 Codat completed its Series A round last year

The round was led by US investment firm Tiger Global, whose other investments include Stripe, Brex and Checkout.com.

There was also participation from existing investors Index Ventures, who led the company’s $10 million Series A round last year, and PayPal Ventures, who invested in the company as recently as March.

Founded in 2017, Codat enables small businesses to share financial data with financial and other service providers.

The company’s API can be leveraged for loan applications, accounting, expense management and insurance products.

The firm also announced the expansion of its API to include payroll and commerce data.

Codat says it plans to use the funds to expand its US presence following the launch of its New York office in January this year.

It also plans to add new data products to its API and accelerate hiring as it looks to continue its growth.