Indian embedded finance start-up Yap is set to nab $35 million from New York-based Tiger Global in a new round of financing. 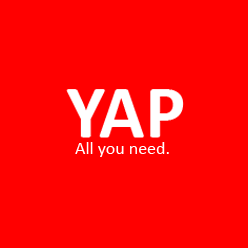 The round would be Yap’s second this year

The round, first reported by Entracker and also by TechCrunch sources, will value the Bangalore start-up at $350 million.

Tiger Global is planning an injection of between $25 million and $30 million, with the rest of the figure made up by participating investors.

The New York investment firm has been central in more than a dozen funding rounds this year, including FairMoney, Olive, Osmind and Physna in July alone.

Yap, which also goes by YapPay and M2P, provides an API infrastructure upon which other start-ups can build a payments offering.

Outside of India the firm has developed a digital banking service in the UAE.

If this latest round goes through, it would be the second for Yap in 2021. The firm raised $10 million in a Series B round in March.

Its other investors include Omyidat Network, Flourish, Better Capital and 8i Venture.