When my son Graham (seven) came to me and asked me if he could open a bank account, I shouldn’t have been surprised. After all, we’ve been sharing the same work/school space for the better part of a year at this point, and he knows way more about my job than he used to.

Listening to hours and hours of the phone calls and meetings that keep me occupied during the day has, inevitably, rubbed off on him a little bit. 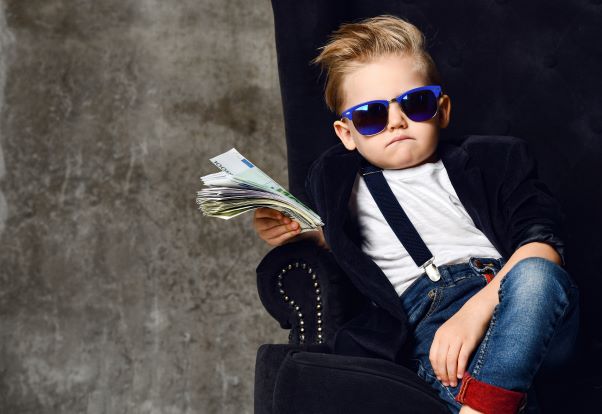 Here’s what a seven-year-old has to tell us about building a good customer experience.

I shouldn’t have been surprised by the request for a bank account, but I certainly didn’t expect it. Surprise quickly gave way to excitement, though – after all, what parent doesn’t want to instil good financial habits in their children from an early age? I also realised pretty quickly that documenting his experience would be a great way to get a true outsider’s perspective on the financial industry.

I conducted two interviews with him, one before we went to the bank, and one right afterwards, and the resulting podcast episode was fascinating. It’s well worth listening to the entire episode, but there are a couple of key takeaways to highlight. None of these should be too surprising for anyone who’s followed the research in the space, but they’re noteworthy because of the genuine, honest nature of their source.

Here’s what a seven-year-old has to tell us about building a good customer experience:

One of Graham’s favourite aspects of the entire experience was being able to pick out the design on his debit card. To a kid, having a debit card at all is cool, but being able to pick your own design is even cooler. He now feels like his card really represents him, and he’s proud to show it off. Personalisation goes well beyond the aesthetics, of course, but he zeroed in on the idea of making the account “his” right away, and he’s happy to have something that represents him. Making your customers feel unique is a great first step towards making them feel happy.

“It was mostly boring until I got the card,” said Graham. He came into the branch excited to get his account, and every moment before he actually held the card in his hands was difficult for him. We expect adults to have more patience than elementary schoolers, of course, but he’s not wrong. Waiting is boring, and how many of us can sympathise with the experience of being excited to start a process only to have that excitement wane as it drags on? The sooner banks can get their customers to the end of a process, the happier those customers are, and the more likely they are to stay excited about that bank.

Before we went to the bank, I asked Graham why he thought a debit card was better than cash. His response was varied, but it contained this sentence: “I think I might get confused, and I might accidentally pay a little too less or too much… a debit card makes sure it gets the exact right amount.” Most adults are unlikely to make a mistake when it’s time to hand cash to a checker at the store, but again, it’s easy to extrapolate from this example. A good financial product helps prevent us from making mistakes, and there’s immense value in knowing that there’s a system behind you that will keep you from making an error.

A huge priority for Graham in wanting to set up a bank account was the idea that his money could go to help a charity that he cares about. He loves red pandas (who doesn’t, I mean, come on, they’re adorable), and putting money aside for the World Wildlife Federation was something that really appealed to him. This makes me very proud as a parent, of course, but it also lines up with scores of researchers and analysts who consistently tell us the same thing: people (especially young people) want to use their money to improve the world around them, and banks that facilitate that are able to create a strong connection with their customers.

As I said at the outset, none of these takeaways are particularly ground-breaking, but it’s validating to see these thoughts and opinions from someone experiencing our financial system for the very first time. These lessons should be top of everyone’s mind no matter what side of fintech you’re on.

Your customers aren’t seven-year-olds, but they probably want a lot of the same things. If I’m being honest with myself, I do too.