My mother was right about everything 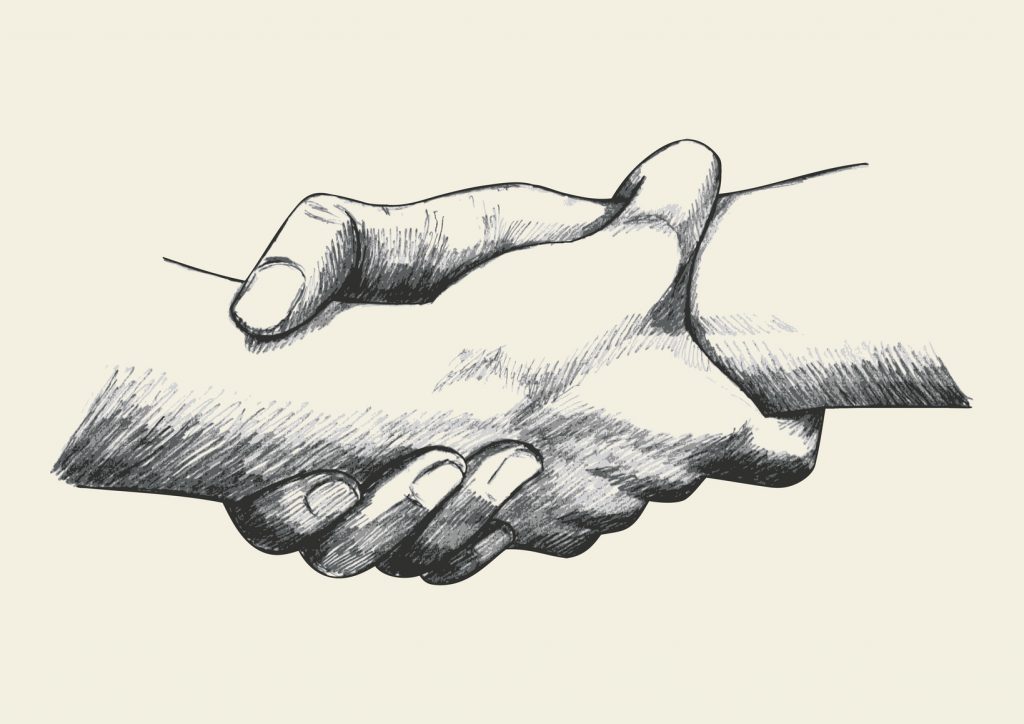 The inequalities the pandemic exacerbates are bigger than each of us. But doing something about them isn’t.

My mother has a tin sign in her kitchen, showing a 1950s housewife, wide-eyed in mock surprise exclaiming, “my mother was right about everything”.

Funny cos it’s true as, my mum will often say, the main thing getting older has taught her is that her mother was right more often than not.

So is mine. Right. More often than not. Particularly when it came to the big stuff. And I have been thinking about the big stuff a lot recently, because COVID.

My mother is a very private person but she wouldn’t mind me telling you that she raised me to live a life as big as I dared to dream. To be able to act on a world stage. Do and see and move. To achieve that, she raised me to have what she felt she never did: choices.

And to have and exercise choices you need independence.

And when you are a woman from a low-income family in most eras and parts of the world, that means financial independence above all else. And the way to get it is education. That has long been the basic mathematics of raising daughters.

And since resources were not always plentiful for us, focus had to be relentless. That’s what she knew to be true and that’s what we lived by. It worked. She was right.

It turns out that determination, focus and a relentless, loving mother can help overcome most sociological handicaps if Lady Luck is also on your side. And that is a big if.

And as it turned out, my mother wasn’t just right about me. She was right about the world.

Because as you look at the impact of the pandemic, those who are hit hardest are the people with fewer choices at their disposal. The people who didn’t get enough time or didn’t stand a chance to do the work, or roll the dice, to get the options. The young and the poor.

When I look at the stats, my breath catches, because what I see is myself. This could be my life.

Only it isn’t. And it isn’t because of timing and luck. And because my mother was right about everything.

If you follow me on social media then you may have seen a report called “Generation COVID and Social Mobility: Evidence and Policy” that I shared a few weeks ago. It is brutal and unsurprising and I don’t know which side of it hurts more: the hard numbers confirming our worst fears or the banality and predictability of what those facts and figures represent.

The study found young workers to be twice as likely to have lost their jobs during the first month of the epidemic compared to their older colleagues.

Women showing higher losses in both employment and income, in the same age group.

Those who grew up in a poor family were further disproportionately affected.

And it gets worse as you look at the youngest of the young.

The report finds that four in ten school children received full time schooling in the first month of the lockdown while one in four received no teaching at all. If you look at the numbers sideways, 74% of private school kids benefited from full school days compared to 38% of state school kids.

And it carries on in the same pattern across the board.

University students from lower income backgrounds lost 52% of their normal teaching hours as a result of lockdown (better off kids didn’t do vastly better at 40% but every little helps). And, of course, parents in the highest quartile of income were over four times as likely to pay for private tutoring during lockdown than those in the lowest quartile (although, to be fair, still low across the board).

I type this and my breath catches.

Because those numbers represent actions that could not be taken because there were no options.

Because those numbers signal stories we may never hear as disruption to schooling leaves gaps that are hard to fill.

Because the patterns emerging from the pandemic signal, according to the same report, serious dangers of long term unemployment.

Because I see a life that could have been, for me, in these numbers.

Because there are lives behind those numbers.

Because there are stories that may never play themselves out in these numbers.

More than 60% of the respondents in this research felt that their future achievements and plans suffered because of the pandemic. In one short month, the options and choices they were working towards slipping away.

Why am I telling you all this? What is the link to banking? What can you do about it, sad as it is?

I am so glad you asked.

Remember that scene in the West Wing (oh yes) when the team are nearing the end of the administration’s second term and are deflated? The game is over. It’s been a good run but now it’s a light jog to the finish line. And Leo comes in, diminished and yet energised, and says: “We can do more from this building in a day than most people can do in a lifetime and we have more than a day left. What will we do?”

We represent a large and thriving sector, we sit at the intersection of policy, business, finance and technology. We have resources, we have influence, we have creativity and we have the opportunity to treat COVID as more than a challenge to our ways of working and loan disbursement systems.

Access to the future has never been more at risk.

The overlay of race on the statistics highlighting how our lowest income households are hit hardest by the pandemic paints a dire picture.

Diversity has long been a photo op.

Inclusion has often been about language, not actions.

The value of moving away from charades to genuine diversity of thought, experience and perspective has been proven beyond the shadow of a doubt and doesn’t need repeating.

But the urgency does.

This pandemic is nobody’s fault.

The inequalities it exacerbates are bigger than each of us. Bigger than our organisations.

But doing something about them isn’t.

No, not the government. Yes, us. Yes, industry. Yes, the banks.

I am saying we need to build roads to the people most affected by this. Not roads to our doors that some may be lucky enough to walk down.

We need to get to the kids whose future is being destroyed before their eyes.

I am saying access was hard anyway and now it’s diminishing, so rather than thinking this is a societal problem and moving on, I say pave the road from our (virtual) office door to them. Wherever they are.

Find them, so they can work for you.

Bring them in. Your office. Your payroll. Their future. Everyone’s benefit.

You won’t regret it. Trust me on that. I know something about the relentless determination and work ethic of people who know that there are many ways the story could end and a happy ending is not inevitable.

The people who know that this chance may be the only chance they get.

Don’t do it because it’s the right thing to do.

Do it because it’s the smart thing to do.

Do it because it’s good business.

But also do it because it’s the right thing to do.

My mother says if you look at the world from high up, it’s hard to tell who is who… and Lady Luck always looks from a long way up. You can’t count on her favours. They land at random.

You rejoice when they come your way and, for the rest, you work hard and do your best and keep trying.

So if you are sitting pretty as this pandemic rages. Healthy and employed and your kids are each in their own room with their own computer distance-learning… and there is food in the fridge and the heating is on and, and, and, and…

If you can make choices, now is the time to make them. For yourself. And for those who aren’t as lucky.

Now is the time to count those blessings and do exactly what you wish someone would do for you, if the tables were turned.

Do it for them. But also do it for you.

Do it because it’s the right thing.

Do it because it’s the smart thing.

Do it because it will be good for society and good for business.

Do it because that’s what luck looks like: someone looking at the world and opening a door for someone else to walk through. Someone having the choice. And making it.

Because what good are choices, if you don’t act?

Take it from my mother. Who is right about everything.