Everything I ever needed to know, I learned from the West Wing 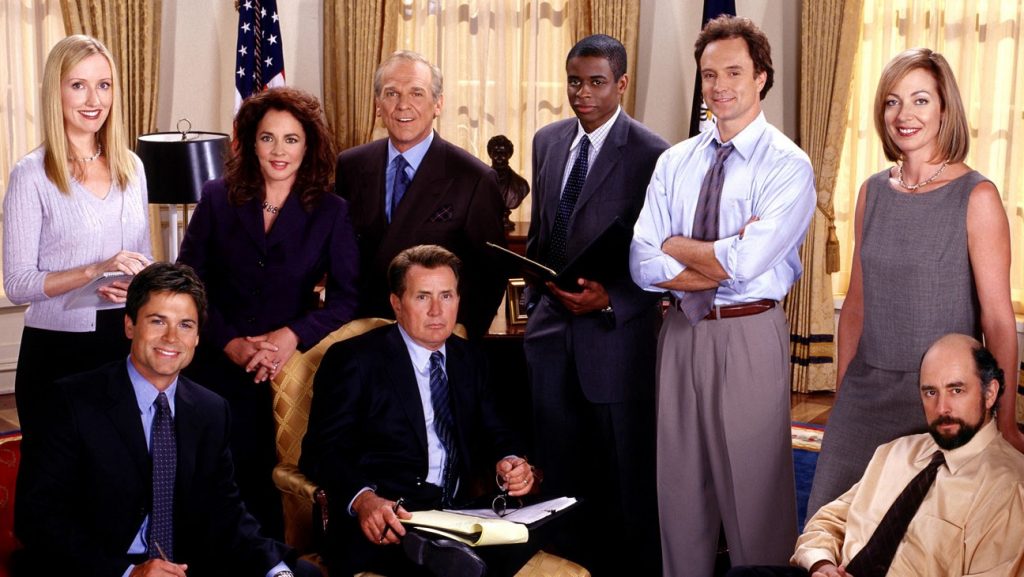 Everything I ever needed to know, I learned from the West Wing. Image source: NBC

If you haven’t watched it, seriously, go. I will wait. Yes all seven seasons. This is important.

If you have watched it and don’t love it, I don’t know how you found yourself here, reading this but it is evidently an accident and you should really be off.

For the rest of us, you know what I mean.

The conversation will come up, in the office every now and then. Someone will say something and the die-hards amonst us will know it for what it is: a west wing quote. And it will start. It doesn’t last long. But it feels good. It feels right. It is a tribal greeting.

Is it the best TV show ever made? I don’t know. I don’t own a TV but I am on my third West Wing box set (don’t even ask).

I have written about this before.

That exchange between Mallory and Sam, fighting over whether the federal budget is wasted on space exploration when state-funded education is desperately in need of an overhaul, how, HOW can you justify pumping money into exploring space when right here, right now things are on fire? And Sam says: because it is next. As if that was an answer. Because that is the only answer.

And I know you know.

All those of you who have received beating after beating in mahogany-clad board rooms, for pushing the need for an API strategy before the digital challengers made it inevitable; for defending a different way of working for the teams that had to deliver different results (how many disciplinary hearings have you been threatened with for things the bank later celebrated you for? Let’s compare notes).

Not the stuff of dreams?

As I have said before and I will say again, perhaps not. But it is the hill most dreams die on. Money. Access to it. Lack of it. It’s not glamorous. But it matters and we all perversely manage to get teary-eyed and wobbly-kneed about it. So it is the hill we are dying on, glamorous or not.

This is the thing we lose sleep over.

So why do we do what we do?

Why do we come into work, day after day? Live with the stress, the politics, the uncertainty, the put downs, the insane hours… just to build a slightly better banking system?

It is not the stuff of dreams when you put it that way.

And the people whose pensions we directly or indirectly support.

And the services we directly or indirectly provide.

I don’t know about you, but I grew up in a council block in central Athens. This life was not what I expected because I didn’t know how to even dream of it, let alone plan or expect.

There is that scene in the West Wing (yes, quotes) where Jed Bartlett’s team is losing steam. The second term is almost up, what is there to fight for?

And Leo (stay focused people, you got this), Leo says forget the curve balls and the stresses and the politics and the f**k-ups. We are here. In this place. And we can do more in a day from this place than most people can do in a lifetime. More than we can do once we walk out of these doors. So let’s do it.

We are not quite in the West Wing and yet, as someone who grew up in a council block, let me tell you, we can do more in a day from our offices and our pulpits than most people can do in a lifetime. Yes we can. More than we will be able to do when we walk out of this industry’s doors.

The question is what will we choose to do. And why.

A bit too rebellious for a Thursday morning in Canary Wharf (figuratively speaking)?

Remember my piece from a few weeks ago… (playing the hits here folks) radical is all about making hope more credible than despair?

Having lived through recessions and the abject fear of a current pandemic, what will we choose to do with our time? What is the thing that we will defend as deserving time and attention because “it is next”?

Mine is core banking.

Because I know how to make it better and by making it better I make people’s lives a little easier. A little less stressful. A little more inclusive. Yes I make some bankers richer too but I am ok with that provided that is not all I do.

And no, I don’t accept you need to do good in a way that is ascetic and exclusionary.

And no, I don’t believe that there is only one way to be a good citizen.

And no, I don’t accept that core banking is a stupid place to start because it is too entrenched and too static and too big.

And no, I don’t accept any of the dismissive questions that get hurled at me on a daily basis.

I didn’t get to where I am by accepting the premise of the question any old Joe throws at me.

Being a girl with big dreams and no pedigree taught me that.

My mother taught me that.

The west wing taught me that.

The West Wing taught me that.

I am a big one for lessons. From the Mouse Army to the West Wing, I am transparent like the day is long.

So I do. I go hell for leather. And I make mistakes. And I am often wrong.

But as CJ put it, some kids “don’t raise their hand ’cause they think they are going to be wrong. I think you should say to these kids, ‘you think you get it wrong sometimes? you should come see how the big boys do it’.”

It was a revelation.

This is our industry: for a very long time the new kids were afraid to put up their hand because they knew they would get it wrong. Then they slowly realised that they were told they were getting it wrong even when they weren’t and what’s up with that? And by the time we knew how wrong the big boys were getting it, it wasn’t about that any more.

It is time for action. It is time to do what is next.

We need a plan. Having none and hoping no-one will notice seems to have run its course. CJ was not talking about innovation theatre, labs and power without responsibility but she might as well have.

At the time of writing COVID-19 is raging, we are expecting a recession, we have been saying “change is the new normal” for 15 years and the hard questions remain hard. Which is as it should be.

And so we shall.

Because we can do more in a day, from our place in the world right here, right now, than most people can do in a lifetime.

And we can and must and will do it.

Because it is next.