First Boulevard – formerly known as Tenth Bank – is a digital bank for Black Americans based in Kansas, aiming to launch early next year.

The CEO and co-founder, Donald Hawkins, tells FinTech Futures about the process of the name change, fundraising and plans to launch in early 2021.

Hawkins notes that the name change took place over a month ago following a quick study in the market. 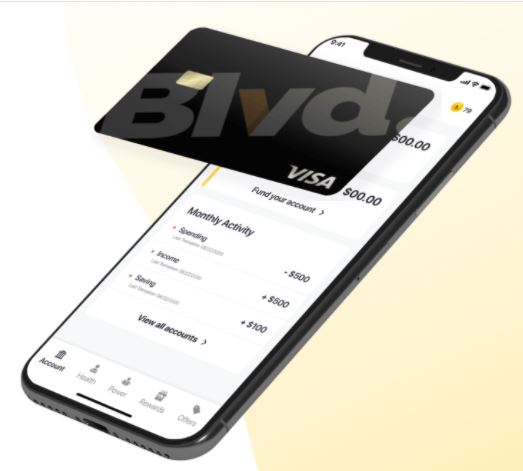 The original name Tenth was based off the book, “The Talented Tenth”

Hawkins says that the original name Tenth was based off the book, “The Talented Tenth”, written by the American sociologist, socialist, historian, civil rights activist, Pan-Africanist, author – W. E. B. Du Bois.

For Du Bois, the “Talented Tenth” refers to the one in ten Black men that have cultivated the ability to become leaders of the Black community by acquiring a college education, writing books, and becoming directly involved in social change.

In the book, Du Bois argues that “these college educated African American men should sacrifice their personal interests and use their education to lead and better the Black community”.

Hawkins says he was drawn to the name due to his time at Albany State University, a Historically Black College and University (HBCU), where interesting discussions about Du Bois and Booker T. Washington would take place.

He felt that naming the bank Tenth would be a “modern twist” to the tale, “but we recognised that the name and meaning was too polarising, unless we had ability to have conversations with everyone who heard it”.

He believes that the new name, First Boulevard, reflects how everyone – not just the top 10% of the Black community – has the chance to create change and build generational wealth for Black America.

“We chose a name that was more uplifting, and a nod to the old days where lots of churches, banks and schools had ‘first’ in the title to indicate future growth,” says Hawkins.

“Black America as a whole has been systemically oppressed and never had the chance to build financially sound muscles.

“We were not taught how money works in schools and many Black families do not discuss money, which is especially important during this time when Black families are in dire straits.”

A study by the Brooking Institute in February this year titled ‘Examining the Black-white wealth gap’, finds that “a racial gap exists in every income group except the bottom quintile (23.5% Black), where the median net worth is zero for everyone. For those in the top 10% by income (only 3.6% Black), the racial wealth gap is still quite large: median net worth for white families in this income group is $1,789,300 versus $343,160 for Black families.”

Efforts by Black Americans trying to build generational wealth can be traced back throughout American history. But these efforts were impeded by hundreds of years of chattel slavery, Congressional mismanagement of the Freedman’s Savings Bank, the violent Tulsa race massacre of the Greenwood District in 1921 (Black Wall Street), and discriminatory policies throughout the 20th century.

This is why Hawkins believes that “building wealth in the Black community is something we fundamentally have to do”.

As for investments within the bank, Hawkins notes that First Boulevard recently obtained “significant funding” but will share the details after the official launch early next year.

Greenwood, is another challenger in this space, co-founded by US rapper, Killer Mike (Michael Render) and Atlanta’s former mayor, Andrew Young.