Barclays has received 198 applications from Black founders for its most recent technology accelerator, which is set to kick-off on 12 November.

The accelerator’s head, Natalie Ojevah, tells FinTech Futures exclusively that the volume has “exceeded” all her expectations. 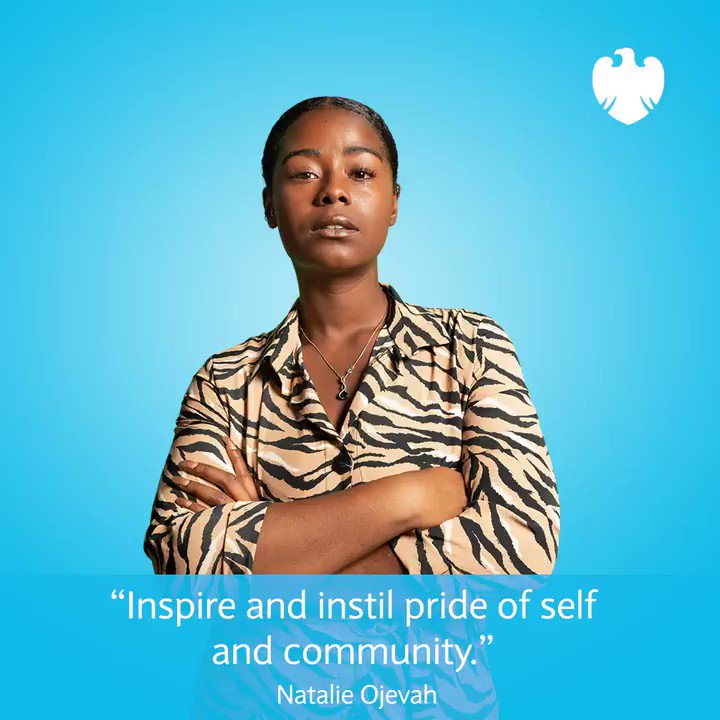 “It’s absolutely amazing,” says Ojevah. “It shows the strength of why we need these programmes.”

Applications closed on 29 October, and the last interview took place on 3 November. The bank notified the successful 25 applicants on 5 November.

Ojevah says the other 173 applicants – if they permit their data to be shared – will receive support from the other programmes led by Barclay’s Eagle Labs, which offer mentorship and help with fundraising.

“We want to make sure the businesses get that 1:1 support,” she explains. “Time and time again, less access to mentoring and a wider network is cited as a challenge by Black entrepreneurs.

“And with this number, the start-ups will also have far more developmental time.”

Barclay’s latest accelerator effort has a very broad focus. Whilst fintechs will be a part of it – Ojevah confirms a “fair few” but doesn’t quantify it – the criteria stretch further than this sector alone.

“We’re not necessarily looking at founders that are ready to scale in and demo. We want to be able to develop the businesses and really support that early stage in the founder start-up journey.”

Based on interviews, there is a real split between business-to-consumer (B2C) and business-to-business (B2B) propositions. “To me, this shows that there are Black founders in each of these sectors,” says Ojevah.

Barclays has partnered with Foundervine – with which the bank has a multi-year relationship with – to run the 12-week-long accelerator. The CEO, Izzy Obeng, is a Black woman, and Ojevah says a majority of the programme managers in the Foundervine team are Black too.

But she also points out the importance of allies on the programme. “I completely appreciate we need to see Black people in the limelight. But we need to make sure that we are matching these businesses up with experts. That’s why there’s a mix of mentors.”

I asked for this, not the bank

Ojevah is an ecosystem manager for Notting Hill Gate-based Eagle Labs, Barclay’s co-working site. She runs the lawtech division, which partners with the likes of University College London and Baker McKenzie.

Asked why Barclays chose now to run the accelerator, Ojevah makes it clear it was her idea, and that she wasn’t assigned it alongside her day job.

Ojevah has worked at the bank for more than eight years. In the last four years, she’s worked with businesses through Eagle Labs.

“I noticed a lack of diversity in some of the spaces we we’re in [as a bank],” she explains. “I went to my managing director and I ran the first Black History Month (BHM) event in Eagle Labs last year.

“But I recognised there was more that we could do, and my employer completely backed me.”

At the beginning of 2020, Ojevah did her research. She found that in the UK, specifically, there weren’t enough statistics on Black founders.

“There’s lots in the US, but none in the UK. In the last few months, more statistics have come out which back this programme.”

Before this data started emerging, Ojevah had to make a business case for the accelerator with very little data-led research. 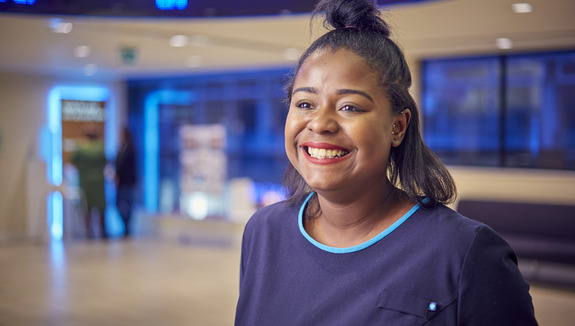 “They [Black founders] felt like they’re the only person in the room,” says Ojevah

Some ten months later, her 198-application turnout is likely going down as another statistic to support her argument for focusing on the UK’s Black tech founder community.

At the beginning of this month, Extend Ventures released a report which estimated under 1% of venture capital (VC) investment in the UK went to Black entrepreneurs in the last ten years.

At the beginning of July, following the protests over the murders of George Floyd and Breanna Taylor, Black founders wrote an open letter to the British and European venture capitalist industry.

“While companies and industries across the UK have recognised the prevalence of systemic racism and issued calls for reform, the venture capitalist industry has mostly been silent,” the letter read.

Whilst Ojevah can’t comment on the commercial venture capital industry, she does share some of the insights Barclays has gained through her interviews with Black founders.

“It’s difficult when you don’t have the [Black] presence there in an industry,” she says, using sickle cell as an example.

“It’s quite a big thing in Black and Asian communities. There’s a lot of work being done by a lot of really cool founders and entrepreneurs, creating ways to identify it, and combat it.

“But I think it’s difficult to understand what software’s and platforms are out there to support people, if you don’t have that representation [of people] looking to invest.”

Both VC and crowdfunding communities are predominantly white in Europe. Some 84% of VC employees in Europe are white, according to Diversity VC 2019 research.

And yet, the more diverse an investment firm, the higher its performance. According to Gompers & Kovvali 2018 research, the success rate of acquisitions and initial public offerings (IPOs) in VC portfolio companies was 22.0% higher for those from ethnically diverse backgrounds.

As for the crowdfunding space, Marian Arafiena, and her sister, Anita Egbune, recently founded Rise FundNGO, a crowdfunding platform for Black-owned businesses.

“The mainstream won’t know we’re there if our voices are not in the room,” Egbune told The Guardian last month.

This speaks to what Black founders have told Ojevah. “They felt like they’re the only person in the room. They felt that the other people might not understand where they’re coming from, because of that cultural difference.

“You need that [investor] board to be able to support diverse businesses.”

Barclay’s effort as a bank

Barclays – alongside 40 other firms – committed to a Race at Work charter midway through this year.

“Sometimes it can be difficult to highlight where we see inspiring talent,” says Ojevah

Barclays is yet to publish figures on the number of Black employees it houses. Rival UK high street banks – HSBC, Lloyds and NatWest – have all published percentages on this in 2020.

HSBC revealed at the end of last month that less than 1% of its senior employees are Black. Lloyds said in July that 1.5% of its total workforce and 0.6% of its senior management are Black. And NatWest announced it’s aiming to boost Black representation in senior UK management positions to 3%, from 1%, by 2025.

Whilst Barclays is yet to release its current employee figures or targets, Ojevah still attests to the bank’s activity in this area behind the scenes.

“I sit on the Black professional forum for Barclays UK,” she says. “And it’s not just about boosting Black employee numbers, it’s also about highlighting the ones already in the bank.

“Sometimes it can be difficult to highlight where we see inspiring talent. So, there’s been a bunch of work happening internally since last year.”

Ojevah says the bank’s BHM this year was “one of the most amazing ones since I’ve worked here”. “It was so empowering,” she says.

“Though this year has been difficult with COVID-19, I do feel positive about tangible changes now. I don’t think five or six years ago you would have heard of a bank forming a Black founder accelerator.”

The accelerator will continue until February. The bank is yet to publicise the list of successful fintechs. FinTech Futures will publish the list once it is released.