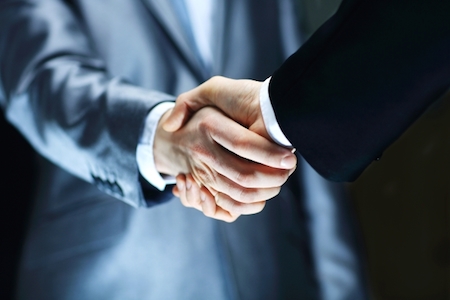 Both firms originally announced the deal in February

Regulators gave the green light for the merger, originally announced in February, earlier this month.

Worldline says that the deal has enabled it to join the “league of international payment leaders” and given it a new “global footprint”.

A major reason behind the acquisition is Ingenico’s merchant acquiring business in the US.

North America is a geography in which Worldline lacks a major presence, so the deal gives it an immediate foothold in the market.

Despite this, it claims to be onboarding 1,000 new merchants a month across its small business division.

“This is a very exciting milestone for Worldline, specifically designed to decidedly reinforce the value proposition of our businesses,” says Grapinet.

“Having the scale and now global capabilities, we have reshaped our group entirely in order to support our clients.”

It has also become the fourth largest payments player worldwide, with pro-forma revenues of €5.3 billion in 2019.

8,000 Ingenico employees have joined the 12,000-strong workforce at Worldline. The latter claims its client base now stands at around 1,200 institutions.

Ingenico isn’t the only acquisition Worldline has made in 2020. In April it snapped up a majority stake in Czechia-based payments gateway firm GoPay.

GoPay collects payments from roughly 9,000 e-shops largely based across the Czech Republic, Slovakia and Poland.