Worldline, the financial services provider for transactional, cybersecurity and big data services, has announced its acquisition of French peer and competitor Ingenico for $8.6 billion.

The payment services giant says the deal will create a “breakthrough payment player” and give it a more diversified profile than its US peers.

Majority-owned by Atos, Worldline says the acquisition will create the fourth biggest player in the global payments sector. Ingenico is a major point-of-sale (POS) terminal provider which controls 37% of the market globally.

The cash and share deal gives Ingenico a valuation of €7.8 billion ($8.6 billion), and will see the two companies scale their position in the payments market. Since payments became more digital, the number of players involved in a transaction has increased, and in order to make a decent profit margin, companies turn to joining forces. 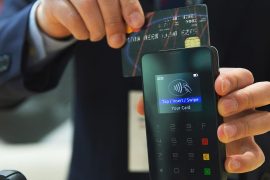 Worldline released its 2019 financial results this week which saw the company bring in a €2.4 billion revenue last year

Pending regulatory and shareholder approvals, the acquisition is expected to close in the third quarter of 2020. If it does close, then Worldline chairman and CEO Gilles Grapinet will become CEO of the combined company and Ingenico’s chairman Bernard Bourigeaud would become its non-executive chairman.

“This is a landmark transaction for the industrial consolidation of European payments, highly value creative for all our stakeholders and for the shareholders of both companies, and which ambitions to reinforce the role of Europe within the global digital payment ecosystem,” says Grapinet.

He adds: “We deeply respect Ingenico and its team for the deep business repositioning of their company realised over the last years into one of the largest European payment service providers with outstanding global positions in online payments and merchant acquiring.”

Worldline expects the deal to return a combined pro-forma 2019 net revenue of €5.3 billion ($5.9 billion), and anticipates that it will accelerate Worldline’s growth in merchant services to 49% of combined revenues. A third of this percentage is expected to flow through the online business.

Ingenico shareholders will receive 11 Worldline shares and €160.5 in cash for every seven Ingenico shares. Worldline also released its 2019 financial results this week, which saw the company bring in €2.4 billion ($2.7 billion) in revenue last year, up 6.9% from 2018.

Read next: US paytech BandPay set to help musicians get paid