US paytech BandPay set to help musicians get paid

Bandpay, a new paytech platform which guarantees musicians get paid, is launching in mid-March on the App Store and Google Play for US artists.

“A shared scene or network implies trust, but that trust is too often broken, either explicitly or due to misunderstandings,” says founder DeCarlos Garrison, highlighting a gap in the market for a regulated payments platform which ensures producers always pay musicians.

“I’ve experienced this problem first hand,” says Garrison, who created the paytech out of his existing business ‘Bandbasher’. The new platform will establish payment milestones in projects, and offer “mediation” services so both musicians and producers can stay in the loop on a project’s progress. 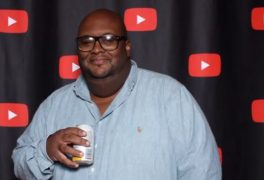 Factors such as timeline, available funds and the ultimate cost of the project will all be shown in the app, and funds will not be released until both parties have delivered on what they agreed. The platform offers tips and advice if the projects do hit certain bumps in the road, and if a dispute cannot be solved in the app then the case is referred to the bank which holds those funds.

Despite the presence of  tools and apps in the music industry which help maximize revenue – such as Applaud, Bandcamp, and Reverb Nation – Garrison says “there are a lot fewer tools available for controlling the cost side of the business equation”.

“In this age of lean margins and fast-paced creation” this needs to change, he says. The aim of the app is simple: “to make sure everyone sticks to their side of the agreement when a service is being provided”.

Garrison says the app is not just designed for ‘work-for-hire-type’ creative jobs, it can also be used for more long-term projects such as social media management, marketing projects, or branded appearances by influencers.

“Artists can get so excited about their music, their dream, that they don’t realise that they are making an investment decision,” says Garrison. “If someone doesn’t make good on that investment, they are taking away from your ability to create in the long run.”

Looking ahead, the founder wants the paytech to become the “trusted partner to bridge that gap between hopes and delivered tracks”.