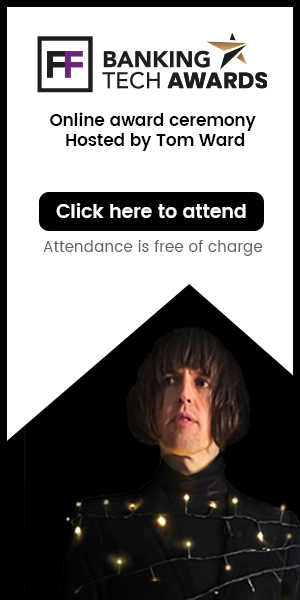 This year’s Banking Tech Awards will be broadcast online on 10 December at 3:30pm GMT.

We are very pleased to announce that the ceremony will be hosted by Tom Ward, who will be performing stand-up comedy and announcing the much-anticipated winners of this year’s awards. Unfortunately, we were not able to hold an in-person awards ceremony, however, we have put together a short online awards show to bring 2020 to a close on a celebratory note!

The ceremony is free to attend and open to everyone – click here to register.

Tom Ward is an award-winning up-and-coming stand-up act. His stories and observations, combining a sense of the whimsical with the deadpan, have made him a hit on the live circuit. Tom has performed two solo shows in Edinburgh, and appeared on the TV standup showcases such as Live At The Comedy Store and Live at the BBC.

As the year draws to a close, join us in celebrating the work and innovation that has been on display in the banking technology industry during one of the most challenging years in recent history.

We look forward to seeing you on 10 December!