Xinja Bank to launch US trading platform for Aussie investors

Xinja Bank, an Australian neobank, is set to launch a US share trading platform for Aussie investors.

Called ‘Dabble’, the platform will offer easy access to more than 3,000 US shares and exchange traded funds (ETFs) via the Xinja app.

The fintech mentions the inclusion of major US shares such as Tesla, Facebook, Google and Amazon. 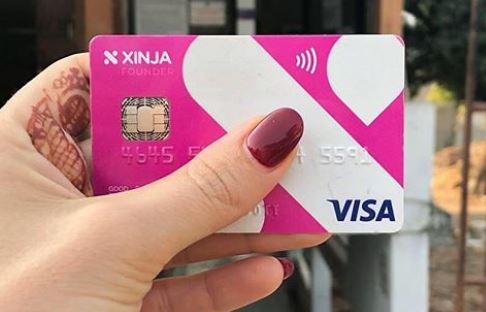 Xinja will charge a AUD 8 ($5.74) monthly subscription fee for Dabble. Investors will be able to make unlimited trades, as long as they aren’t pattern trading.

This means buying and selling a stock within a day, four days in a row – users doing this will see their accounts blocked.

Its foreign exchange (FX) fee stands at 1%, and there are no brokerage fees. The fintech claims that brokerage fees at incumbent Australian banks can reach AUD 19.50 ($13.99) per trade.

According to Finder, both ANZ and Westpac charge AUD 19.95 as standard brokerage fees. Other players undercutting these fees for US stocks in Australia include eToro and Aussie fintech start-up, Stake.

Dabble will also offer users fractional shares for as little as $1. Investors can monitor their investments, ETFs and share prices in both AUD and USD. They can only invest what in their Xinja account.

The app omits the human broker step, placing investors’ orders as soon as the US share market opens for business in New York.

“Over the long-term, and particularly when interest rates are so low, shares can provide investors with access to growth markets and economies, and potentially better returns.”

Fellow Aussie fintech Stake, which recently launched in the UK and New Zealand, has been operating in Australia for the last few years.

Since the start of March, Stake has seen more than $250 million traded through its platform, with March volumes increasing by nine times from what they were in December.

Stake’s chief operating officer, Dan Silver, told FinTech Futures in April that it had welcomed 20,000 new sign ups so far this year. In January it had 50,000 customers, bringing its total user base to 70,000.

This fintech is also looking to monetise its until  freemium model. In July, it launched a three-tier plan structure to cap unlimited trades with more fees – still considerably lower than incumbents at AUD 5 per trade for the basic plan.

Stake is currently charging one dollar more than Stake for unlimited free trades, at a monthly AUD 9 ($6.44).