Looking beyond the coronavirus trading boom

Over the past few months, coronavirus-linked market volatility has sent trading volumes processed by a handful of fintechs through the roof. According to Bloomberg sources, in March US trading app Robinhood made $60 million, triple what it made in March 2019.

Aussie trading app Stake – which recently launched in the UK and New Zealand – tells FinTech Futures that since the start of March, it has seen more than $250 million traded through its platform, with March volumes increasing by nine times from what they were in December. 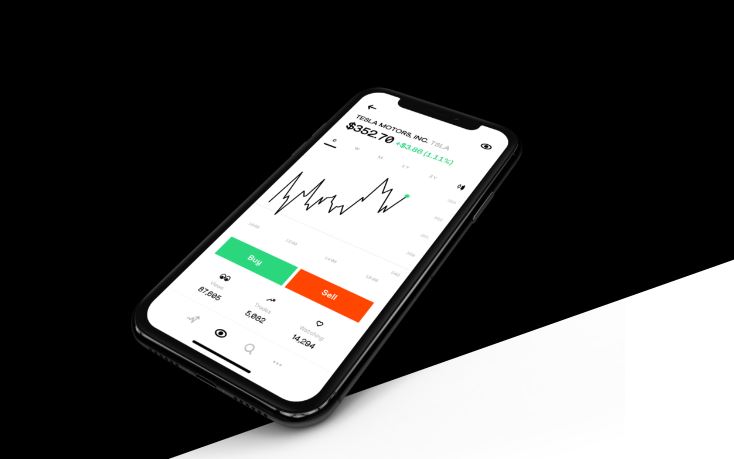 On 20 April oil prices collapsed below zero and the Dow closed at 2.4% lower – its worst day since 1 April

Stake’s customers are investing more money per trade too, with the average trade size made through the app doubling in recent months. “It shows a level of conviction from our customers,” says Stake’s co-founder and chief operating officer (COO) Dan Silver.

Riding off the back of their successes in March, fellow trading apps Robinhood and Trade Republic have both raised notably large funding rounds.

Robinhood’s roughly $250 million led by Sequoia Capital is yet to close, but Trade Republic sealed its $67 million Series B round last week which was co-led by Accel and Founders Fund.

But whilst March boomed for Stake, Silver notes that April has seen “a bit of a drop off” in terms of trade volume. Still significantly higher than figures in December and January, Silver says “it’s too early to say why” this slight dip has emerged, speculating that “there’s probably a bit of reticence” in the market at the moment.

This month the market was rebounding at roughly 11%, but then on 20 April, oil prices collapsed below zero and the Dow closed at 2.4% lower – its worst day since 1 April.

Speaking before this happened, Silver says many customers had reverted to investing in big US technology firms such as Tesla, Apple, and Microsoft, over inverse exchange-traded funds (ETFs) which soared in March as the market fell.

The ever-changing climate of trading makes it difficult to frame analysis beyond short-lived reactionary statements, but looking beyond coronavirus, Deloitte director James Alexander tells FinTech Futures these big trading volumes could be a sign of “a new generation of investors in today’s market”.

Whilst its trade volume growth has outpaced its acquisition growth, Stake has welcomed 20,000 new sign ups so far this year. “In that context, I think it will be interesting to look and see whether there are new propositions,” says Alexander. 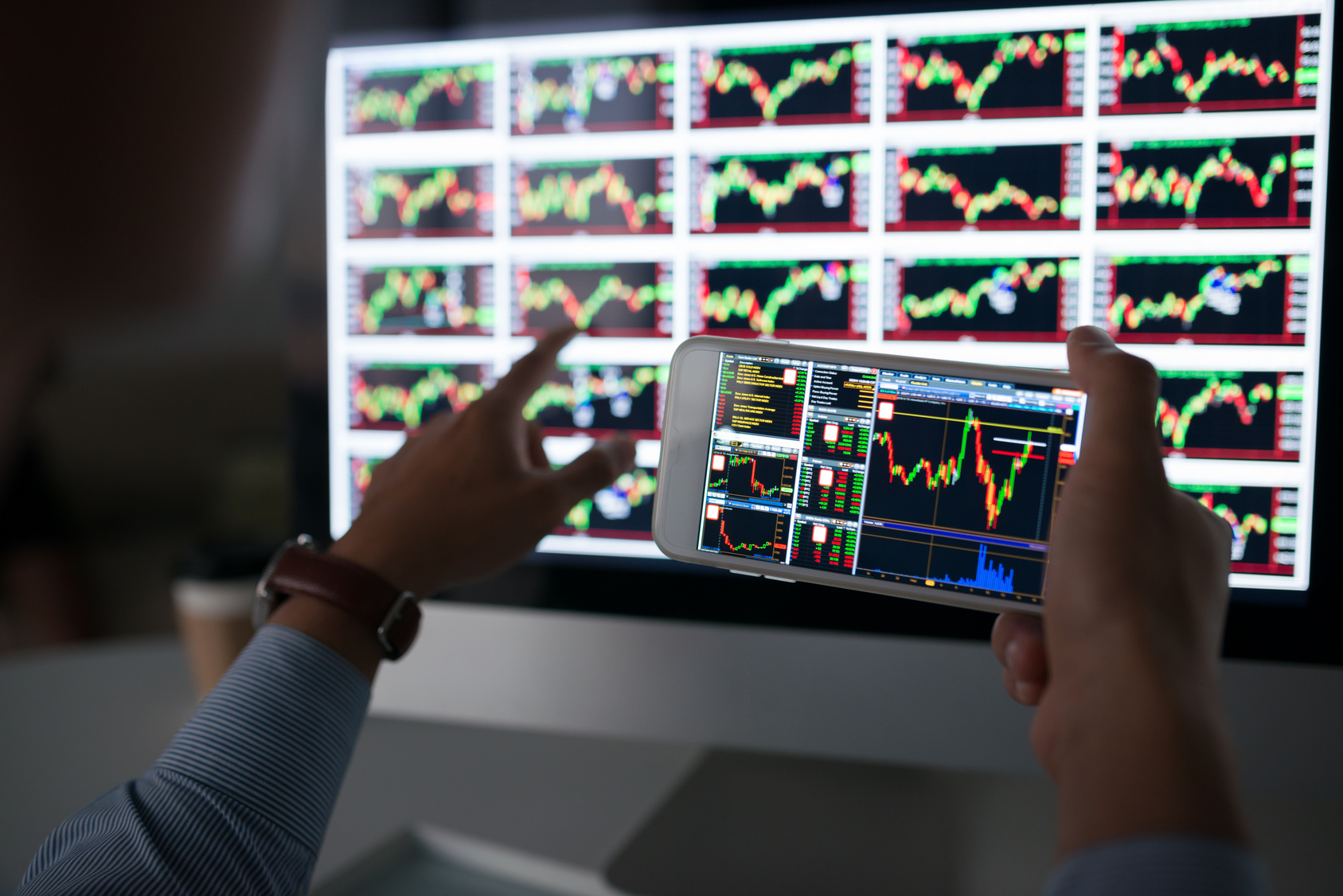 “We see saving as our biggest growth path in the years to come,” said Trade Republic

Stake is set to officially roll out its brokerage packs in July, which until now have been free for users to try out. The three-tier offering, the first being free, further diversifies the platform for novices who want to start out with fractional shares, right down to seasoned investors who want to trade on unsettled funds.

Upon announcing its $67 million investment, Trade Republic said it was set to release a series of saving features in the coming months. “We see saving as our biggest growth path in the years to come,” CEO Christian Hecker told TechCrunch last week.

The focus on saving features by Trade Republic may raise the eyebrows of various wealthtechs which have firmly defined their offerings as the “safer, long-term option” to “game-playing” trading apps.

The coming together of quick-win investments and long-term portfolio offerings under one roof could lead to further consolidation in the fintech sector, which has already seen fintechs buy banks and infrastructure providers, as well pick up customers from other fintechs’ failed plays.

In the immediate climate, rolling out saving products could see quick gains as some countries’ competitors take a big step back. In the UK, between the beginning of March and April this year, 180 saving products were pulled from the market according to a Moneyfacts report.

“Providers are perhaps struggling to sustain their lucrative offerings or are pulling deals because they have crept up the top rate tables unexpectedly, resulting in a domino effect of cuts or withdrawals,” says Moneyfact’s financial expert Rachel Springall.

If more trading apps do edge into the saving space, it won’t just be the technology that they need to invest in.

Canadian-founded fintech Wealthsimple tells FinTech Futures that it has seen less than 5% of its customers change portfolios during the coronavirus uncertainty. 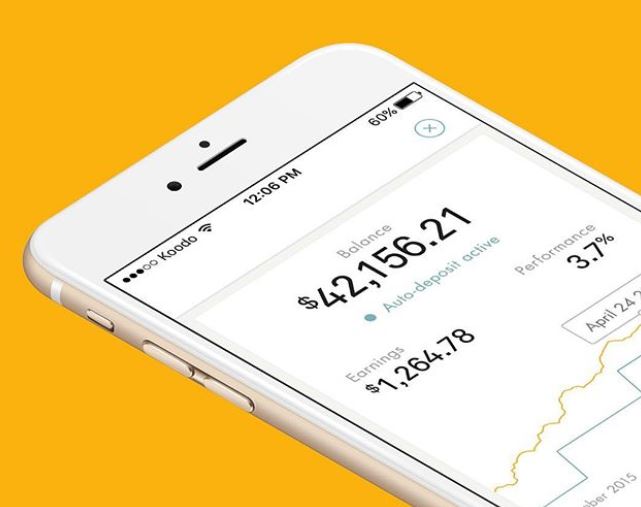 Wealthsimple also has a trading offering in Canada.

It puts this ‘keep calm, carry on’ attitude held by its clients in large part down to its continued investment in accessible human advisers – an investment many fintechs haven’t and won’t make due to tight margins.

Client advice and success manager Brian Byrnes says the fintech saw a 25% uptick in clients getting in touch over March.

“People just need a bit of reassurance, to hear that it will recover, and to hear that from a qualified advisor,” says Byrnes. “Clients have come back and thanked us for guiding them through it, saying they would have panicked otherwise.”

Wealthsimple also has a trading offering in Canada, making it another player trying to bridge the gap between trading and long-term investments.

Throughout April, the fintech has been acquiring on average 7,000 new users per week, and according to chief investment officer Ben Reeves more than half of these new clients are under 34 years old.

But whilst customer acquisition might be booming right now for these fintechs, Deloitte’s director Alexander points out that before this pandemic-induced surge, fintechs were struggling to get attention from prospective users.

“Most [fintech] propositions are good at improving the cost of service, helping people in less affluent parts of the market become economically viable,” says Alexander.

The traditional life events financial planners often cite when talking about what prompts customers to engage with them, such as buying a house or getting married, are all on hold for the foreseeable future because of this pandemic, making proactive ‘hooks’ into investment and saving products even more important.

Until lockdowns end and economies begin to recover, it’s hard to say just how well trading fintechs have done out of this pandemic, and the size of challenges which lie ahead.

According to a Bank of America report cited by the Financial Times, the dispersion in macroeconomic estimates by analysts is at its greatest since at least the 1960s. In other words, no-one really knows what’s going to happen.

In the short-term, many trading fintechs are doing very well due to the reactionary nature of trading when markets are volatile, but post-coronavirus will see old challenges creep back in, magnified by the hurt to the economy caused by the virus.