Royal Bank of Canada is committing CAD 150 million ($111 million) to racial diversity initiatives and aims to increase the proportion of non-white executive hires to 30% from 20%, according to Reuters.

RBC joins Bank of America, which announced $1 billion to address racial inequality, and others, including Google and Amazon.com, in committing funds for racial justice causes following the death of George Floyd, a Black man killed by a Minneapolis police officer in May.

Across Canada’s top six banks, people of colour account for only about 10% of senior executives, according to a Reuters analysis, but none of the top six banks had either a Black CEO or a board member. 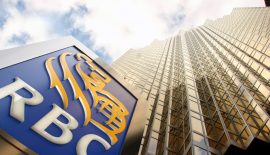 RBC aims to increase the proportion of non-white executive hires to 30% from 20%.

Minorities made up 37% of RBC’s Canadian workforce and 35% of US employees in 2019, according to a report.

RBC said in a statement it has to better understand, identify and address issues that impede the success of Black, Indigenous and other racialised groups at the bank.

The Canadian Council of Business Leaders Against Anti-Black Systemic Racism in June urged business leaders to commit to increasing Black representation among their workforces, executives and board roles by 2025.

“Many Canadian companies have made statements condemning anti-Black systemic racism it’s now time to back that up with action by signing the pledge,” says founder Wes Hall, who also runs shareholder services firm Kingsdale Advisors.

RBC did not say when it seeks to reach its 30% firm-wide target for non-white executive hires.

The bank pledged CAD 100 million in small business loans over five years to Black entrepreneurs and a CAD 50 million investment until 2025 to create opportunities for 25,000 Black, Indigenous and people of colour.