Wirecard shares plummet as it announces €1.9bn of missing cash

Shares in Wirecard plunged more than 60% on 18 June after the German payments group postponed its annual results once again and said auditors could not confirm the existence of €1.9 billion in cash on its balance sheet.

According to the Financial Times and CNBC, the Munich-headquartered company said in a statement on Thursday morning that auditor EY couldn’t find the cash balances — which represent roughly a quarter of its balance sheet.

There were indications that “spurious balance confirmations” had been made by a trustee to “deceive the auditor and create a wrong perception of the existence of such cash balances”.

EY couldn’t find the cash balances — which represent roughly a quarter of its balance sheet.

In a statement, Wirecard, which owns a Munich bank, says it was “working intensively together with the auditor towards a clarification of the situation”. It noted that conditions attached to its borrowing meant that if financial statements for 2019 were not published by 19 June, then €2 billion of loans to the company “can be terminated”.

Wirecard’s market value, which had soared to more than €24 billion when it joined Germany’s Dax 30 index two years ago, collapsed to less than €6.4 billion on 18 June as its shares plunged more than 60%.

Wirecard had €1.8 billion of debt outstanding at the end of September, at which time the Munich bank it controls held €1.7 billion of customer deposits. A €500 million bond issued by the company that month was quoted at about 50 cents on the euro on Thursday, according to multiple traders.

The result leaves in doubt the future of a company responsible for processing tens of billions of euros of credit and debit card transactions each year as a member of the Visa and Mastercard networks.

Markus Braun, the company’s chief executive and largest shareholder, had masterminded Wirecard’s expansion from a Munich suburb into a business processing payments across the world.

The revelation on Thursday caps a tumultuous period for Wirecard, which last year had commissioned a special audit by KPMG in an effort to allay concerns over its accounting.

The FT reported in October that Wirecard staff appeared to have conspired to fraudulently inflate sales and profits at Wirecard subsidiaries in Dubai and Dublin and mislead EY, the group’s auditor for a decade.

In December, the FT reported that so-called escrow accounts, controlled on the behalf of Wirecard and certain partners by trustees, were used to boost the group’s cash balances.

Wirecard postponed the publication of its 2019 results three times since March, but since then told investors repeatedly that it “expects an unqualified audit opinion”. 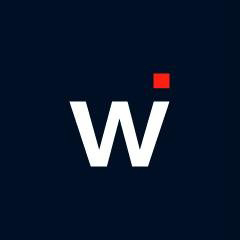 The six-month special audit by KPMG was unable to resolve questions about the group’s accounting. Forensic examiners could not trace transactions underpinning “the lion’s share” of Wirecard profits reported between 2016 and 2018, according to the results of the audit published in late April.

Cash generated by the suspect business was directed largely into escrow accounts managed on behalf of Wirecard and its partners by a trustee. KPMG said it could not independently confirm the existence of €1 billion of cash in such accounts, and that the trustee cut ties to Wirecard at around the time the special audit began.

Wirecard faces multiple investigations into its accounting, its disclosures to investors and trading by its chief executive in shares of the company. The US Department of Justice is also investigating a hacker-for-hire group which targeted thousands of individuals globally, in which one cluster of victims included journalists, hedge funds and researchers critical of Wirecard.

Wirecard has always denied any wrongdoing. It spent the past 18 months downplaying questions over its accounting, since the FT reported whistleblower allegations that staff in the group’s Asian headquarters in Singapore had forged documents to deceive regulators and auditors.

After Wirecard’s Singapore offices were raided by police last year, the German financial regulator, BaFin, announced a two-month short selling ban in Wirecard stock to protect the company from speculators.

See also: EY sued over Wirecard audit after management board comes under investigation