Wirecard has suspended an employee based in Singapore as allegations of fraud and creative accounting have surfaced. 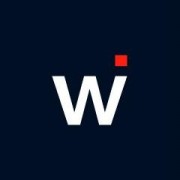 Speaking to Reuters, Wirecard CEO Markus Braun says the person under scrutiny works in accounting, and that investigations were under way.

“The employee has been put on leave until the end of the investigation,” explains Braun, highlighting that the move was a standard procedure.

Singapore police started investigating last month as a report by the Financial Times cited the preliminary findings of an investigation by law firm Rajah & Tann that found evidence of forgery and false accounting.

The CEO has said that the firm had conducted an internal investigation and found these claims to be false.

“We are very optimistic as far as the outcome of the external investigation is concerned,” he adds. Braun says he expected to get the results of the police inquiry soon.

This follows January’s news, when Wirecard told investors that an external law firm has been investigating alleged accounting manipulations by “a member of Wirecard’s finance team” in its Singapore operations since May 2018.

This led the German financial regulator to ban the shorting of the fintech firm’s shares.

In other news, Wirecard recently announced that it would be launching its mobile solution in Austria as part of its China Pay initiative.