KPMG has been unable to account for a series of profits and sales made by German payments company Wirecard, following a six-month audit into the company’s dealings. 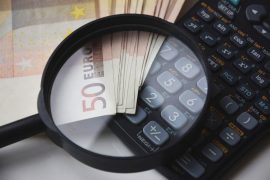 The audit was issued by Wirecard’s supervisory board

The audit was issued by a Wirecard supervisory board on the back of whistleblower allegations published in the Financial Times that the company was committing accounting fraud.

A relationship between Wirecard and three major partners contributed to a majority of the firm’s operating profit from 2016 to 2018.

According to an FT report in October, billions in euros of payments processing was undertaken by Wirecard for one such partner, under the names of clients which no longer existed or denied ever having a relationship with the company.

KPMG stated that its investigators had been “unable to conclusively assess” the reliability of confirmations sent by Wirecard to its auditor EY. It also wrote that it had encountered an absence of original documents and “significant delays” in accessing material.

Shares in the German processor fell by 26% in response to the news.

In 2019 a group of white-collar crime investigators raided Wirecard’s offices in Singapore multiple times in connection with allegations that sales and profits were invented at numerous subsidiaries across Asia.

Edo Kurniawan, the company’s head of international reporting, was named among six suspects.

KPMG’s investigation into Wirecard’s practices extends to the firm’s 2015 acquisition of Indian businesses in which a Mauritian fund management company made a €300 million profit by reportedly acting as a middleman.

Wirecard has opened a lawsuit against the Financial Times for misuse of trade secrets regarding its reports.

Separately, all-in-one cards application Curve announced to customers this week that it would be distancing itself from its Wirecard-provided electronic money issuance.

“Curve is growing up and bringing is e-money services in-house and moving away from Wirecard Card Solutions,” the fintech wrote in an email.

The switch is expected to take place in late June 2020.