The Financial Times uncovered the liquidation of Wirecard’s most significant business partner of recent years, after KPMG said that it could not verify that large portions of Wirecard revenues and profits were genuine late last month. 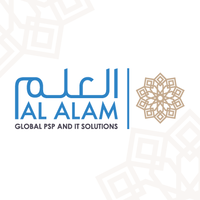 Al Alam was a Dubai payment processor to which Wirecard referred customers.

Shares in Wirecard plunged as much as 16% on 15 May, to €73, after the short-seller MCA Mathematik drew attention to the liquidation on Twitter, and Deutsche Bank separately suspended its investment rating on Wirecard.

Al Alam was a Dubai payment processor to which Wirecard referred customers, according to KPMG’s special audit of the German group.

It dissolved itself on 2 May, according to a notice published in Gulf Today. Four days later, Wirecard announced that it would liquidate CardSystems Middle East, the group’s largest subsidiary, with the operations and assets to be transferred to another unit in Dubai.

CardSystems was Wirecard’s largest and most profitable unit in recent years. According to KPMG, almost all of the revenues of CardSystems and two other large Wirecard businesses came from referring payment processing clients to three third parties.

The FT has previously reported that Al Alam was the largest of those three partners, even though it appeared to operate from a small office with six or seven staff.

The arrangement with Al Alam and the two other partners contributed the “lion’s share” of the €985 million operating profit reported by the German group between 2016 and 2018, but €1 billion of payments from these partners went into accounts not controlled by Wirecard, as noted by KPMG.

KPMG failed to obtain detailed statements for these accounts and could not verify the ultimate source of €1 billion of payments into them.

Both Wirecard and Al Alam have denied any wrongdoing. Wirecard said Al Alam was “transferring its business to other group companies within its umbrella organisation” due to “the damage to its reputation caused by its integrity being publicly called into question”. The German group also said it “will not suffer any impairment of its processing capability or transaction volumes”.

Chief executive, Markus Braun, told Bloomberg earlier this month that Wirecard would “massively cut back [its] third-party business”. However, he said this would happen over the coming two years.

Separately on 15 May, Deutsche Bank announced it had suspended its investment recommendation on Wirecard stock “following a thorough review of KPMG’s special audit report”. Since May 2019, Deutsche had recommended that investors buy Wirecard stock.

The German bank is a significant lender to Braun, having arranged a €150 million loan to the chief executive in December 2017 secured against a portion of his 7% stake in the company when the share price was €93.